Tarek El Moussa and Heather Rae Young are now husband and wife ... after tying the knot Saturday in a ritzy ceremony.

Eyewitnesses tell TMZ ... they got hitched at The Rosewood Miramar hotel in Montecito ... the same place Travis popped the question to Kourtney Kardashian a week earlier.

Tarek walked his mom down the aisle first and then went back for his daughter Taylor, as Lady Gaga's "Shallow" played in the background. Heather walked down the aisle to some kind of pop music ... unclear which. 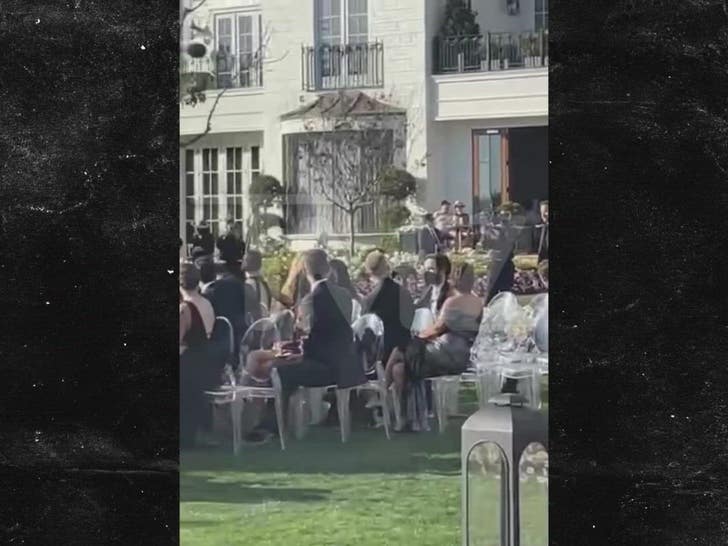 The nuptials lasted about half an hour, and it was followed by a fancy cocktail party where guests downed drinks as the wedding party mugged for photos. That was all followed by dinner and night of dancing.

There was a wall with the inscription, "He finally FLIPPED her last name." Kinda clever -- "Flipping 101" meets "Selling Sunset."

The "Selling Sunset" crew was on hand, including both Oppenheimer bros, Mary and her hubby, and Chrishell. 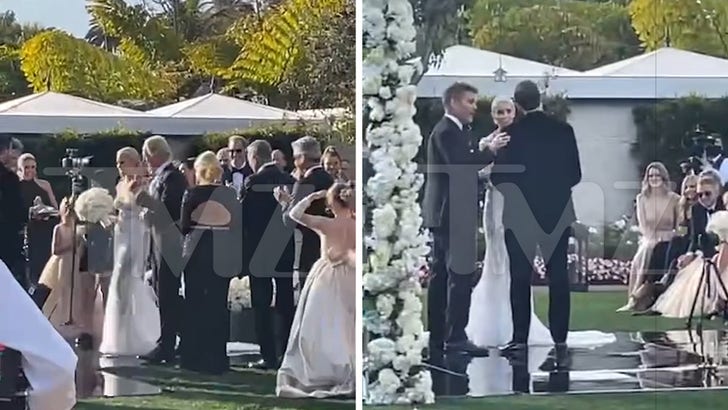 BTW ... Young wore a fitted corset dress with French lace. That's all we know about fashion.

Tarek and his bride will be flying to the Maldives and Dubai for their honeymoon.

It's the first wedding for Young and the second for El Moussa, who divorced his "Flip or Flop" costar, Christina Haack, after 7 years of marriage.