11:53 AM PT -- Dr. Oz just made the announcement official, posting a video to reveal he's running for Senate. He talks his TV accomplishments, how he believes leaders in Washington D.C. got handling COVID wrong and vows to be a candidate who will "tell it like it is."

Matthew McConaughey may have chickened out in running for Texas Governor, but we've learned Dr. Mehmet Oz is going full bore in Pennsylvania ... because our sources say he has decided to run for a U.S. Senate seat.

Sources with direct knowledge tell TMZ ... Dr. Oz has just made a multi-million dollar media buy in the state ... a media buy to push his impending candidacy.

Oz appeared on TMZ Live recently and was coy about running, but he sounded like he was leaning in that direction. Since then, we've learned he now has a full campaign staff, including Chris Hansen -- not the Chris Hansen from "To Catch a Predator" -- to manage the campaign. Hansen ran the National Republican Senatorial Committee.

Dr. Oz will run as a Republican for Pat Toomey's seat ... Toomey is retiring.

As for his show, we haven't gotten official word, but it's likely Dr. Oz will step back from the talk show -- at least, over the next few months. 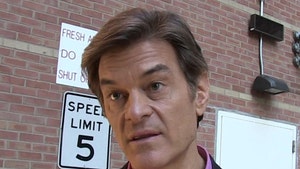 Dr. Oz Getting Yanked Off Air in Some Major Cities due to Senate Run 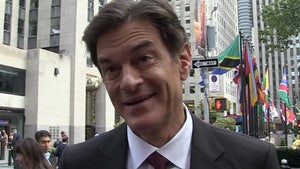