The Lincoln Riley hire is already paying off for USC ... 'cause the Trojans just landed a commitment from the best H.S. running back in the country -- only four days after Riley accepted the head coaching job in L.A.

Raleek Brown -- a five-star recruit and the No. 1-ranked H.S. tailback in the nation, according to Rivals.com -- was originally committed to Oklahoma ... but after Riley left the Sooners for the Trojans, Brown announced Thursday he was following suit.

"Lincoln Riley, that's my guy," Brown told 247 Sports Thursday. "I was shocked he was leaving [Oklahoma] but then excited he was coming to USC."

"I've been up to USC a ton of times," Brown continued, "since before I even got to high school and I'm super familiar with it there. I have a strong comfort level at the school and a lot of family nearby so it's honestly a great situation for me.”

The commitment is a huge one for Riley ... 'cause Brown is a bonafide superstar who some have called the "next Reggie Bush."

In 10 games for Mater Dei H.S. in California this year, Brown's rushed for 1,062 yards and 12 touchdowns while averaging eight yards a carry. 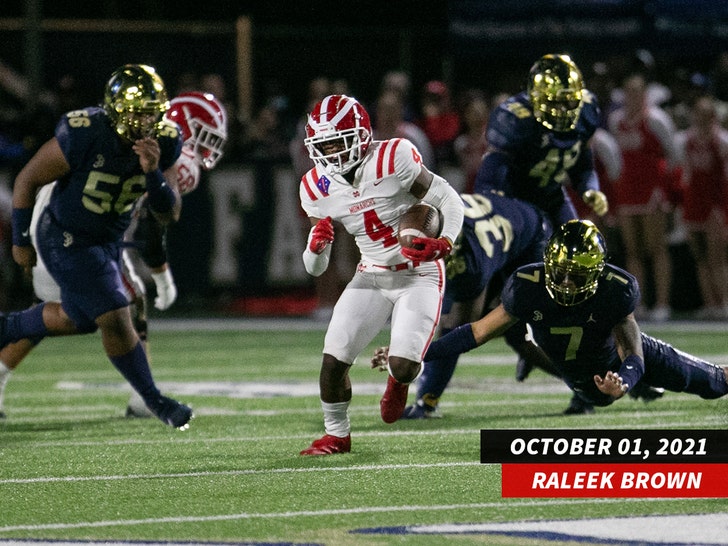 Raleek's numbers would almost certainly be even more impressive had he not been forced to sit out the second half of a large number of games due to blowouts this season.

Brown is expected to officially sign his letter of intent later this month ... before joining the Trojans next season. 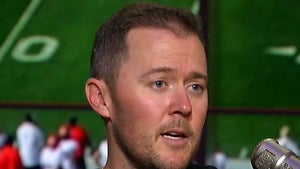