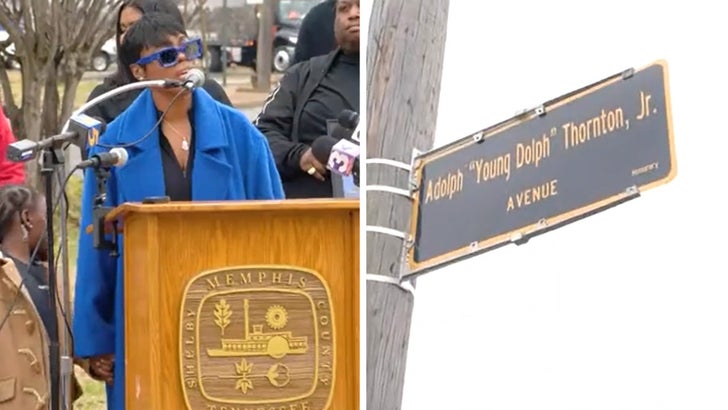 Young Dolph was just honored in Memphis with a street naming, a ceremony that featured some touching words from his longtime partner, who hopes violence in the community slows.

Mia Jaye was on hand Wednesday for the unveiling of Adolph "Young Dolph" Thornton Jr. Avenue -- the new road in town that'll now honor his memory. With her two children by her side, MJ eulogized the late rapper ... singing his praises and the impact he left on her kids. 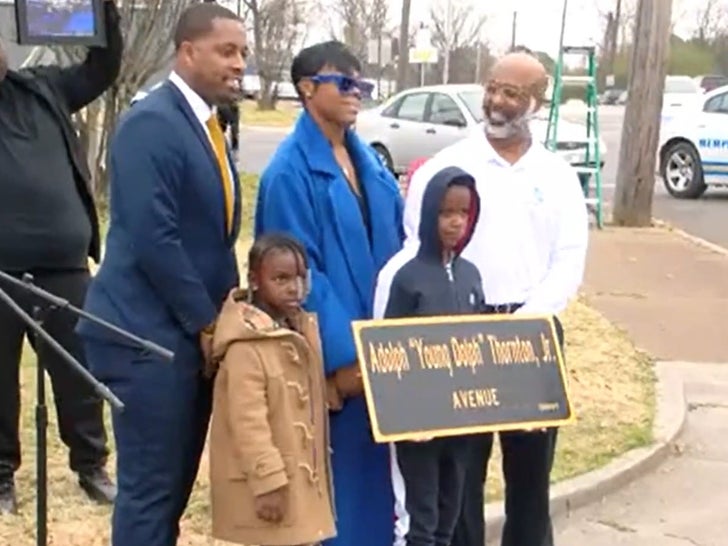 Mia said Dolph served as a good role model and father figure for the couple's son, while also treating his little girl like a queen ... and she says she hopes that's the legacy that he's remembered for, one of family and community.

Another point Mia made was Dolph behind the scenes of his rap career was a kind and gentle person.

Mia wants Dolph's death to serve as a reminder that Black men deserve to live, grow old and care for their families. Mia says the street sign should serve as a symbol for that message.

Councilwoman Martavius Jones and Councilman JB Smiley Jr., were among the group of local politicians at the ceremony.

Dolph was shot and killed last month in broad daylight. His murder investigation is currently underway ... but no suspects have been apprehended yet. He was 36. 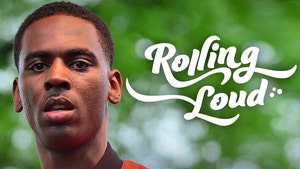 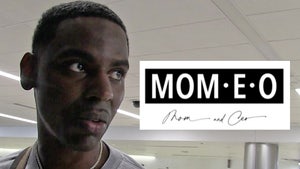