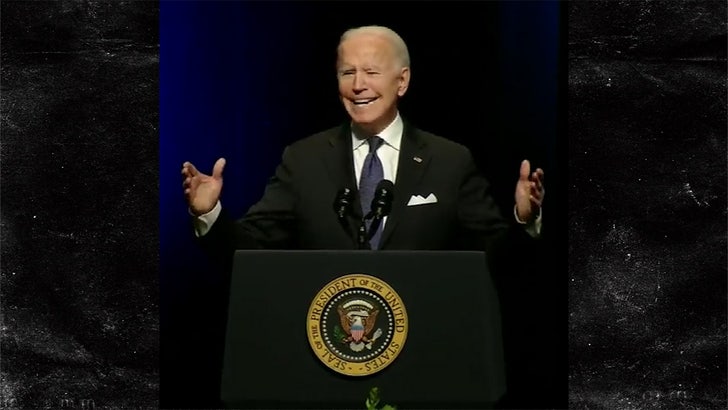 President Biden paid tribute to his late congressional colleague, Harry Reid, this weekend -- continuing a tradition of funeral-going that the Washington Post appears to take issue with.

The former Nevada senator, who died last week, was honored Saturday in his home state through a memorial service ... one which featured major speakers from the Democratic party, including Biden himself, former President Barack Obama, House Speaker Nancy Pelosi, Senate Majority Leader Chuck Schumer and others. 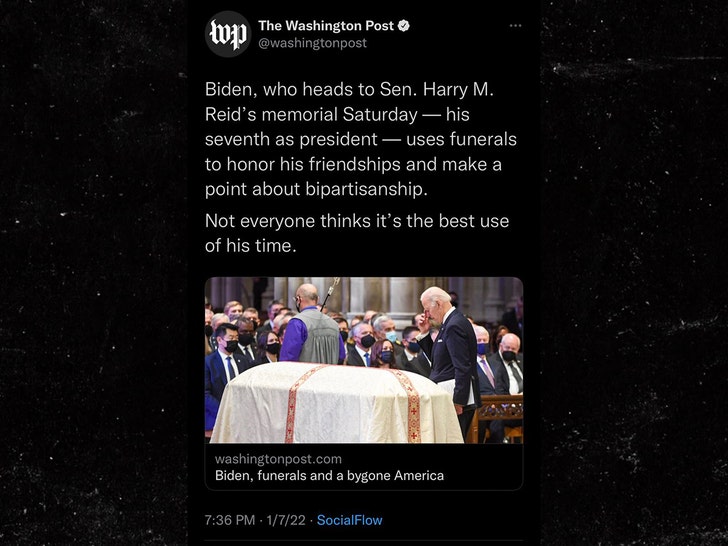 46 delivered remarks about what Reid meant to American politics, as did Obama and the rest ... but just a day earlier, WaPo published a story that was all about how Biden has spent much of his presidency doing exactly this -- with what sounds like critical tone, no less.

The story is titled "Biden, funerals and a bygone America." The text itself details how consoling families of the fallen, especially old friends of his, is very important to JB ... and how some aides apparently avoid trying to stop him, as they've found it futile to do so.

We’ve deleted a tweet that inaccurately represented the scope of the story.

The sentiment of the story -- despite never quite stating it explicitly in the body itself -- is that Biden's constant grieving is a bit of a turnoff and somewhat of a time-waster ... which was hit home in a since-deleted tweet by the Post that they initially used as a caption.

It read, "Biden, who heads to Sen. Harry M. Reid's memorial Saturday -- his seventh as president -- uses funerals to honor his friendships and make a point about bipartisanship. Not everyone thinks it's the best use of his time."

I will wait here for the apparent growing chorus referenced here who are opposed (that is right opposed according to this tweet) to a @POTUS who honors the lives of those lost, with empathy and grace. https://t.co/MrhLyIAAHa

Almost immediately, the Post started getting a massive amount of backlash -- including from Press Sec. Jen Psaki -- and they deleted the tweet, later saying it didn't accurately represent the scope of the story.

That's still up for debate to many ... who wonder, what's the point of this story??? According to critics, the whole purpose of writing this was to highlight what WaPo perceives as Biden being out of touch/overly optimistic in trying to cling to a political dynamic of the past. 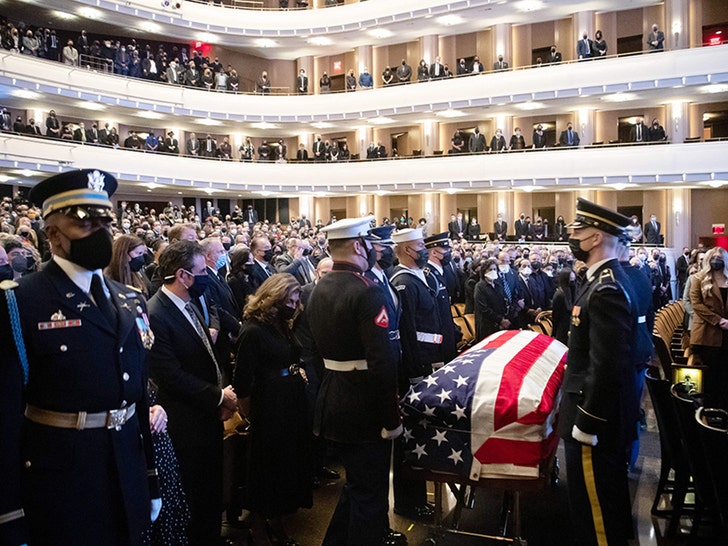 You can read the story for yourself and make up your own mind -- but just like when the NYT criticized Joe Biden overly-grieving his late son, a lot of folks consider this a hit piece. 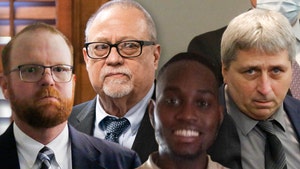 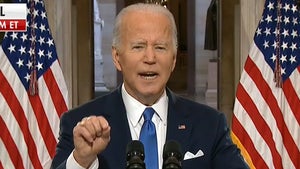