Sesame Place might not be too friendly a neighborhood after all -- more videos are surfacing showing the park's costumed characters acting messed up to Black kids ... and now the parent company's bailing water.

A few other clips have come to light since the initial video showing Rosita apparently snubbing a couple little Black girls at Sesame Place in PA ... and these new ones seem to demonstrate more of the same -- namely, that the mascots kinda mistreat or ignore children of color.

One, in particular, is pretty nuts ... it shows one of the Honkers rushing a very young girl, who's African-American, and literally knocking her down with its protruding belly.

Another video shows Bert going down a line of kids and high-fiving them, but then blatantly refusing to do so with an older Black girl -- who looks back at the camera shocked.

There are even more accounts of similar behavior ... but none seem to have been more crystalized than what went viral this weekend. Sesame Place said it was a misinterpretation/misunderstanding, and they'd apologized to the fam to make it right.

Of course, the family isn't buying it and is weighing their legal options amid suspicions of racism ... as TMZ first reported.

Now, in light of all these other videos -- which appear to show a pattern of this sort of thing at Sesame Palace -- the parent company Sesame Workshop, producers of the TV series "Sesame Street," is promising to tighten things up with bias training ... plus a thorough review of how the park workers are engaging with guests.

They stop short of saying the recorded incidents were intentional -- which bias training wouldn't really fix, frankly -- but at least it's on their radar, and everyone else's too.

Definitely not a "sunny day" here ... and everything is certainly NOT "A-OK"! 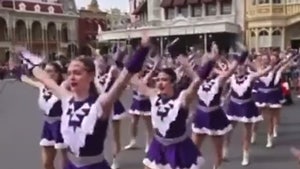 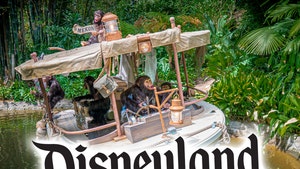