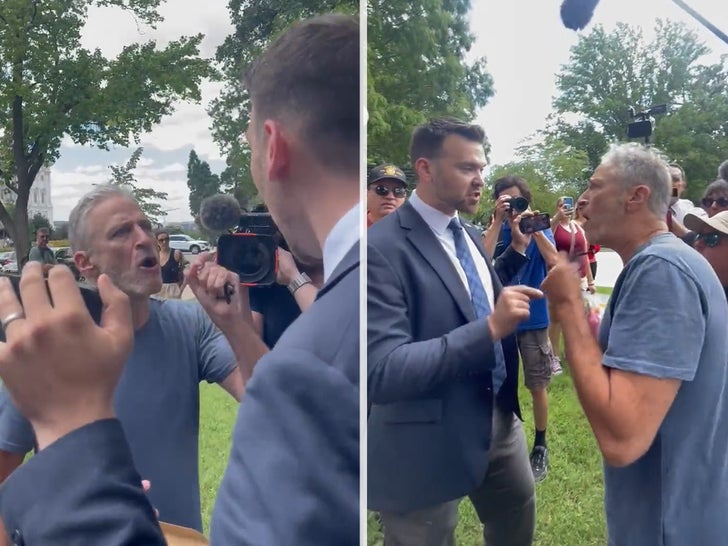 Jon Stewart is fired up again in D.C. over the veteran bill he's fighting to get passed -- but this time, his anger was much more focused and raw than last week.

The former 'Daily Show' host got into a heated shouting match Monday just outside Capitol Hill, where he was facing off with conservative political commentator and media personality Jack Posobiec -- who apparently dropped in on Jon's ongoing lobbying efforts.

Make up your own mind who is “in good faith” here or not. pic.twitter.com/P6cj3tntB5

It's unclear what exactly precipitated Jon's wrath here, but one thing's for sure ... the dude is absolutely irate as he accuses Posobiec of acting in "bad faith."

A later video shows Jon in a much calmer state ... and Posobiec says cooler heads prevailed in the end. It sounds like whatever they were arguing over at first was resolved, because he actually shakes hands with Mr. Stewart.

I’m here in DC with @jonstewart and @GruntStyle1SG with a message about helping the veterans pic.twitter.com/fdIvBSkRG7

Posobiec actually says he was on Jon and the veterans' side all along, and it seems Jon came to that realization too. What can't be denied is Jon Stewart's passion for this issue -- if his presence and powerful words alone weren't enough proof, take a look at the video.

While this episode resolved itself ... the stalemate in Congress continues. Jon doesn't appear to be going anywhere, though, until something of substance is done for these vets. 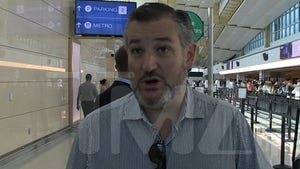 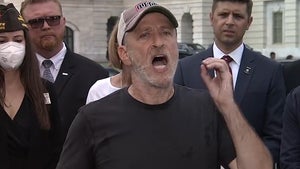