A child hanging on for dear life on the edge of a balcony in China received the superhero treatment, courtesy of his neighbor ... who literally turned into Spider-Man to save the day.

Watch this video shot in the city of Foshan, located in the Guangdong Province near south China ... showing a young kid who's got his head stuck between two metal posts, which are the only things stopping him from dropping down 7 stories off his apartment patio. 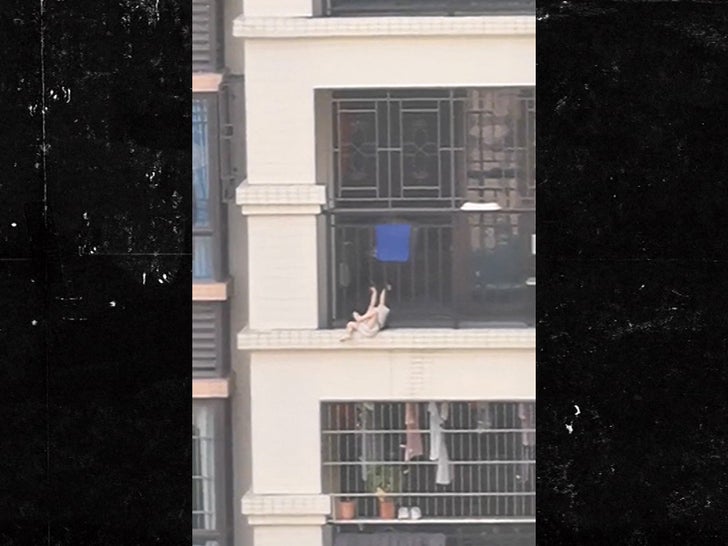 It's scary -- the boy's got nearly his entire body dangling over the edge ... as he desperately tries to get himself back onto the balcony, to no avail. People are looking from down below and seemingly calling for help -- which came in the form of a quick-thinking do-gooder.

It appears that a man living next door jumps out onto his patio gate, and then shimmies his way to where the kid is ... who then starts to push him back through the bars. The camera pans away for a bit, and when it refocuses -- you see a woman, presumably a family member, on the other side of the gate trying to help get the child back inside safely. 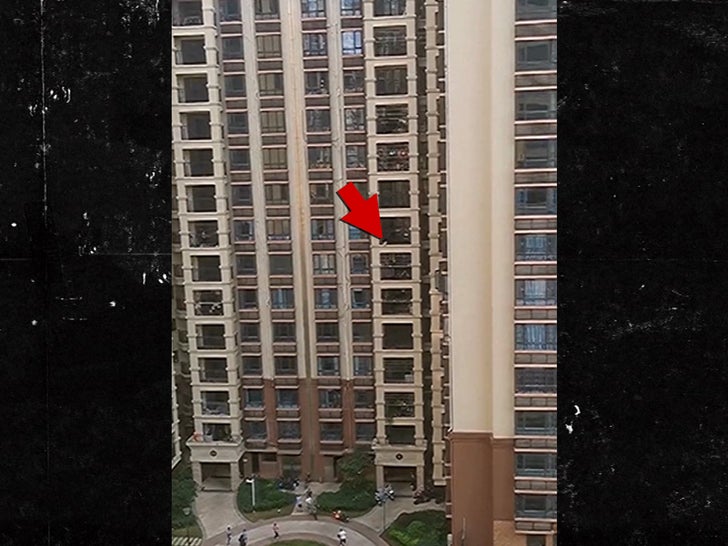 Their efforts eventually work, and the boy is slid back inside without any harm falling on him. The neighbor then begins to slide his way back to his unit -- it doesn't seem he could just hop the gate or easily enter, so he had to go back the long (and dangerous) way.

China is known for its high-rise apartments ... which are usually stacked pretty close together. The structure here seems no different -- and, thankfully, the architecture came in handy for this man to pull off some heroics.

Also ... keep an eye on your kids! They're a slippery bunch. 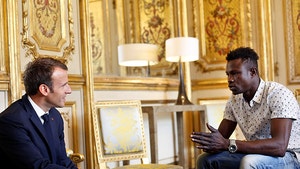 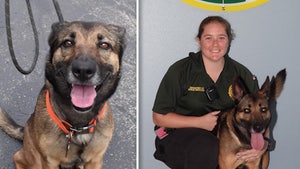