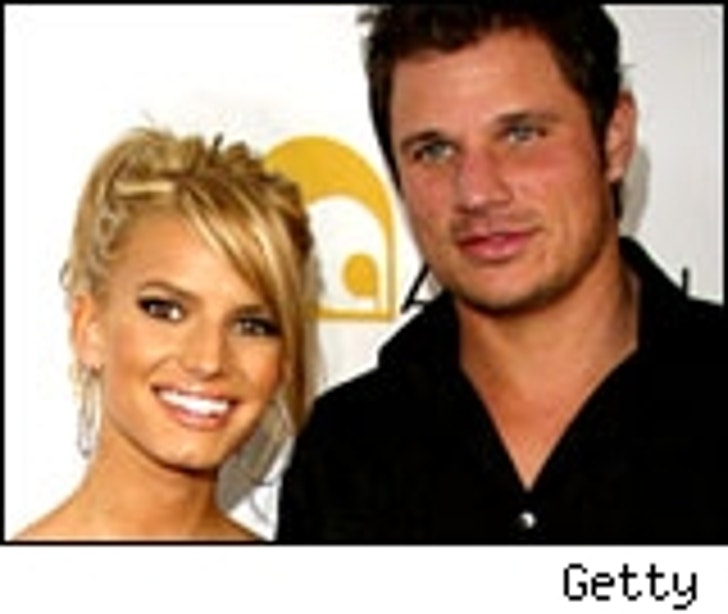 Jessica Simpson officially filed for divorce Friday from Nick Lachey, her husband of three years. The papers, filed in Los Angeles County Superior Court, cite "irreconcilable differences" as the reason for the split.

The couple rose to stardom together as MTV chronicled their first years of marriage on the reality show 'Newlyweds.' Each had enjoyed success in the singing world -- him as a member of the hit group 98 Degrees and her with a fledgling solo career -- but the two rocketed to fame on their reality show.

Their relationship began to falter recently, as rumors circulated of reported infidelity and meddling by Jessica's father and manager Joe Simpson. Innuendo and the stress of celebrity apparently got to the couple, as a permanent split soon seemd a foregone conclusion.

Video
The way they were...

Perhaps the most interesting part of the divorce papers is Simpson's request to "terminate" the court's authority to award Nick spousal support. It is unclear why Simpson believes Nick has no right to support, however, under California law, if one spouse earns substantially more than the other, courts typically will awad spousal support to the other. Simpson shot past Nick in earning during their marriage.

As TMZ first reported, Jessica's refused to sign a prenup before she married Nick. As a result, under California law, their earnings will be divided equally, unless they settle the case before going to court.

The couple announced their separation on Nov. 23.