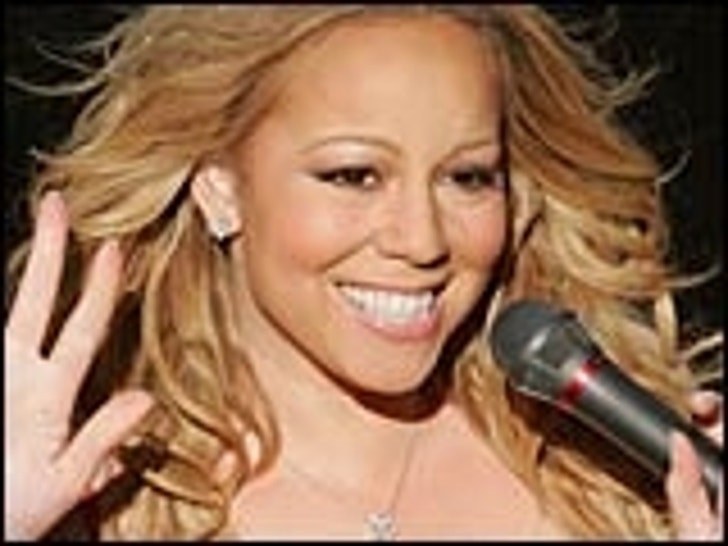 While millions of people watch New Year's Eve celebrations on TV, an intriguing competition will be going on behind the scenes, as many celebrities battle it out to have the hottest New Year's Eve party of the year.

In the ring: Sister against sister, and ex-lovers against ex-lovers. Even D-List reality stars have jumped into the fray, as many of them host their own New Year's Eve parties. Who will win? TMZ sizes up the competition and predicts who will emerge the winner. 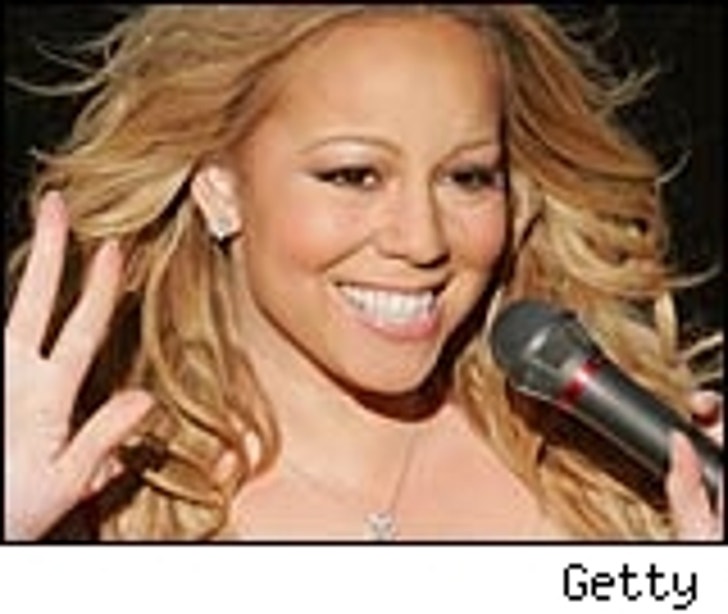 New York City has the world famous Times Square ball drop, and now the Big Apple hosts a showdown between two music stars with competing par-tays. Carey will throw a bash at Cipriani in midtown Manhattan, with ticket prices starting at $200. The party will be hosted by the ubiquitous Ryan Seacrest; he and Carey will presumably head to the event after they appear on ABC's New Year's Eve telecast. (Cipriani says that Carey and Seacrest will show up at the blowout around 3 AM) Meanwhile, Maroon 5 lead singer Adam Levine, who will be on MTV's New Year's Eve show, will host his own party at the luxurious Skylight Studios in the Village, complete with outdoor swimming pool, with a minimum $150 admission price.

TMZ's winner pick: No contest. Carey's party will be the biggest celebrity magnet in the Big Apple.

The notorious Hilton sisters usually throw parties together. But this year, Paris and Nicky will both host competing New Year's Eve bashes in Las Vegas: Paris at Tao in the Venetian Hotel, while younger sis Nicky, along with her boyfriend, 'Entourage' star Kevin Connolly, will hold court at Pure at Caesars Palace in a winter wonderland-themed event. Both parties will feature views of fireworks displays and the hosts doing the midnight countdown.

But there are some major differences. Nicky's party is a black-tie event with a ticket price of $499. Paris' party is more accessible (at a ticket price of $200) and doesn't require formal wear. At the stroke-of-midnight, Nicky and her beau will open a bottle of Cristal champagne worth a reported $100,000. At midnight during Paris' party, 2006 pink balloons will drop and a snow machine will turn the place into a winter wonderland.

TMZ's winner pick: Paris is the bigger celebrity, so it's a no-brainer that her party will likely have more star power. Paris is also more likely to take off some of her clothes and do something wild at the party, which would also motivate people to be there. The bottom line: Paris' party sounds like a lot more fun.

Lindsay Lohan and Wilmer Valderrama's breakup is rumored to have caused hard feelings between the two, especially since Valderrama went on to date Lohan's friend, Ashlee Simpson. Now the two former lovebirds will be competing in a Miami showdown of New Year's Eve parties.

Lohan's bash at the indoor/outdoor club Prive/Opium will feature several DJs (including Samantha Ronson and DJ Irie), and will have a minimum admission price of $150 to $200 per person. Valderrama's party at Mansion will have DJ AM (aka, Nicole Richie's ex) and a live performance from trendy rock band the Bravery. The cost of admission to Valderrama's bash starts at $225.

TMZ's winner pick: Although Valderrama's party will have better music, Lohan's event will draw the cooler crowd. We're betting that a lot more of the beautiful people would rather see Lohan up close than Valderrama, and Prive is a much nicer space.

Pamela Anderson and Kid Rock were once engaged, and they've definitely gone their separate ways when it comes to what they're doing this New Year's Eve. Anderson will be in Los Angeles to host a party dubbed "Gridlock" on the Paramount Studios back lot. The Pussycat Dolls will perform, and the minimum admission price is $125. Kid Rock will DJ at the new Vegas nightclub Jet in the Mirage Hotel, with admission prices starting at $200.

TMZ's winner pick: Anderson's party will draw a hotter crowd since Kid Rock's party will have so much more competition in Vegas. Having a party on a movie-studio back lot is much more unique than just another hotel. And a lot of partygoers may not admit it, but a big appeal of Anderson's party is to see what she's wearing...or not wearing.

For anyone who wants to party with reality stars of dubious fame, there's no shortage of New Year's Eve choices. In New York City, Brittny Gastineau of 'Gastineau Girls' will host a bash at Nest, with tickets going for a minimum $50. Also in the Big Apple, Wes Bergmann and Johanna Botta of 'The Real World: Austin' will host a party at the sci-fi-themed restaurant Mars 2112; ticket prices start at $145. And from the first season of 'The Real World: New York,' Eric Nies will preside over a bash at Sequoia, with the cost of admission starting at $125.

Meanwhile, in Miami, a minimum $60 ticket price will get someone into a party at Crobar hosted by 'America's Next Top Model' first-season winner Adrianne Curry and her fiancé, Christopher Knight, who both starred in their own reality show, 'My Fair Brady.'

TMZ's winner pick: None. Why party with reality stars when these cities will be packed with bigger celebrities at relatively accessible bashes?

Look for these other celebrities to be making the New Year's Eve party scene:

LAS VEGAS: Jennifer Aniston and Vince Vaughn are expected to be in town since he's hosting a Wild West comedy show on New Year's Day. Other celebrities who will be in Vegas for New Year's celebrations include Toni Braxton, Jennifer Tilly and Shannon Elizabeth.

LOS ANGELES: The Black Eyed Peas headline the Giant Village music festival in downtown LA. The event will include performances by the Flaming Lips, Death Cab for Cutie and the Crystal Method.

MIAMI: Jamie Foxx will host what may be Miami's hottest celebrity New Year's party, at the Delano Hotel. Will Foxx's famous friends, such as Colin Farrell and Christina Milian, show up? At a minimum admission price of $500 per person, this party is sure to be one of the most talked-about events of the night. Celebrities who are in Miami for New Year's Eve include Billy Joel, Tara Reid and Busta Rhymes.

NEW YORK CITY: Sean 'Diddy' Combs and Mary J. Blige, who will be on Carson Daly's New Year's Eve telecast on NBC, are among the A-list celebs most likely to stop by Mariah Carey's New Year's Eve bash at Cipriani.