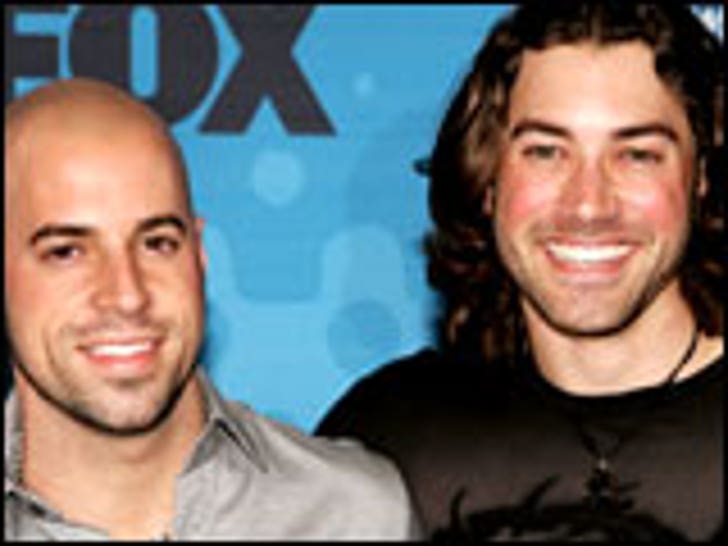 As the 'American Idol' competition heats up, the divas have emerged -- and they are not Kellie, Paris or Katharine.

Sources connected with the show tell TMZ that Ace Young and Chris Daughtry are hands down the most difficult contestants for producers to handle. Once source called Ace and Chris, who are roommates, "constant complainers." They complain about everything from song selections to shopping.

As one source said: "If either one of them got kicked off the show, the producers would be very happy."

As for another male who appeared on Tuesday night, the reviews were much better. Rod Stewart was, as one 'A.I.' staffer said, "a great guy." Stewart, who knows a thing or two about music, took his role seriously but was easygoing and fun.