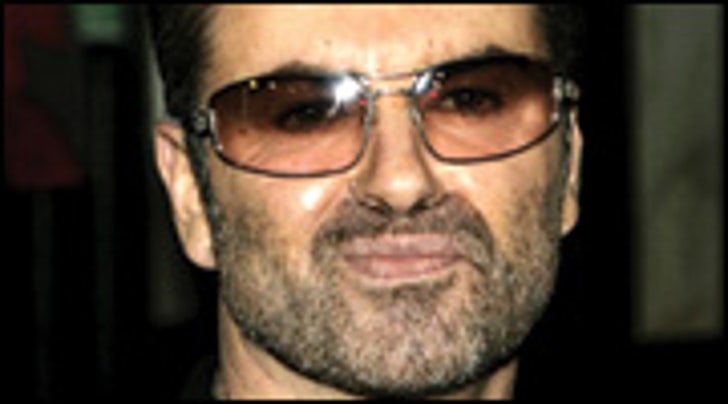 Pop star George Michael just can't seem to pull it together. The ex-Wham! lead singer's troubles all started back in April 1998 when he was arrested in Beverly Hills for lewd conduct in a public toilet. The video for Michael's hit song, 'Outside,' poked fun at the incident.

Fast forward to Feb. 26, 2006, when Michael was found slumped over in his car near Hyde Park in London. The singer was found in possession of drugs and was once again arrested. At a press conference, Michael made the statement that it was "his own stupid fault, as usual."

On Sunday, April 16, George crashed into three parked cars near his London home. However, this time he's placing the responsibility for the intense media scrutiny of his actions on Sir Elton John. Back in 2004 Elton commented that Michael's woes were caused by "deep-rooted unhappiness."

During an interview with chat show host Michael Parkinson, which is set to air in the UK on Saturday, Michael says, "The trajectory of my particular soap opera [with the press] launched from that statement Elton made..." George also said that he has been trying to prove Elton wrong.

Although the press hasn't been very good to George over the last eight years, it hasn't killed his career. Michael is still one of the UK's most successful artists of all time, selling over 80 million records worldwide. He is scheduled to start his first tour in 15 years this fall.