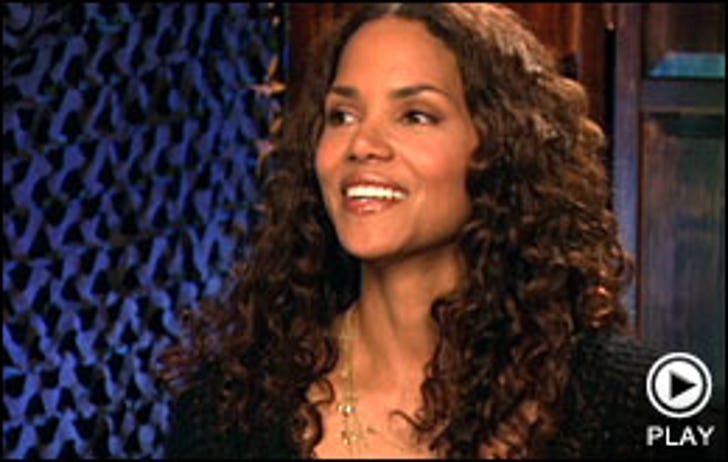 Despite being gorgeous, Halle Berry has seen her share of heartbreak. Halle says in order to heal "you gotta hate men, you gotta man-bash" before you can "come back around."

Halle's come back around and describes herself as being "in a really good space right now."

And why not? Halle's got a sure-fire hit on the way, reprising her role as Storm in 'X-Men: The Last Stand', the third installment of the wildly successful franchise.

Halle tells 'EXTRA' correspondent Tanika Ray how much she loves co-star Hugh Jackman and the perils of shooting her flying sequences.