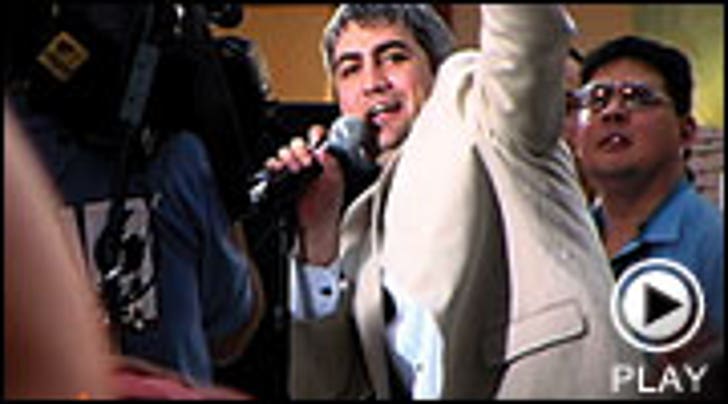 'American Idol' front-runner Taylor Hicks reunited with his band when the 'A.I.' star visited his hometown of Birmingham, Ala this past week. The success of Taylor's band has erupted ever since their lead singer made a splash on 'American Idol'. The Taylor Hicks Band, starring Taylor himself, performed in front of nearly 12,000 of Soul Patrol fans Friday with performances outside City Hall and the Galleria Shopping Mall. The band also performed on a live broadcast aired on the local FOX affiliate.

Taylor says his band good enough to give the actual 'American Idol' back up band a run for their money. After spending the day rockin' out with the 'Idol' sensation -- the band talks to TMZ about Taylor and whether he's a better performer now and their predictions on 'Idol's' outcome.

You can check out the band's upcoming events at myspace.com/littlememphisbluesorchastra.