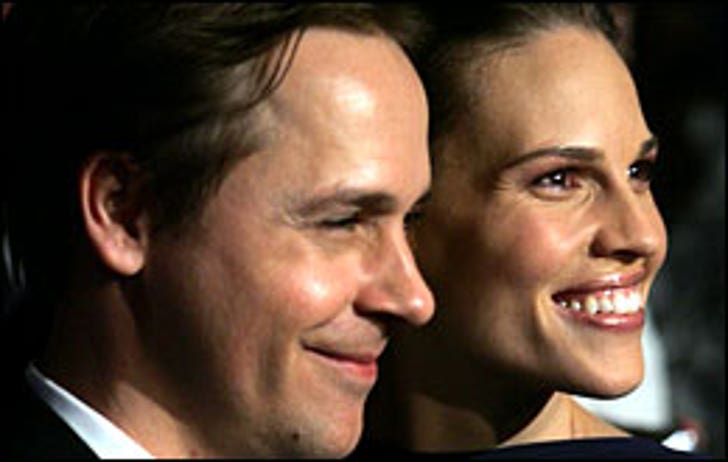 The couple's attorney Jeffrey A. Bernstein told the magazine "Hilary Swank and Chad Lowe have jointly decided to divorce. They continue to be friends and have the utmost respect for one another."

The two had announced their separation in January of this year, but appeared to be trying to work things out. In an interview on the red carpet at the Golden Globes she told E!'s Isaac Mizrahi "I'm not single. We're trying to work our marriage out."