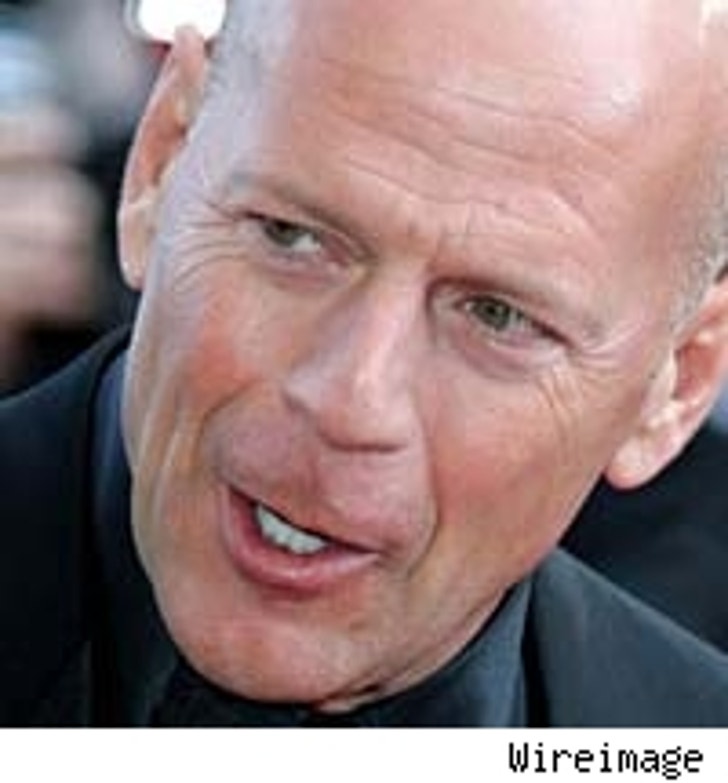 Bruce Willis is the latest celeb to be accused by paparazzi of brutality. As Dan Rather would say, this dog won't hunt.

At best, when it comes to the world of paparazzi, the line between right and wrong often gets blurred. More than a decade ago, Alec Baldwin was prosecuted for allegedly attacking a paparazzo. It's pretty clear that Baldwin did lay hands on the guy, but the circumstances were that the actor was bringing his wife (now his ex and his enemy) and newborn baby Ireland home from the hospital when the pap popped. Whatever Baldwin did, the jury believed the paparazzo had it coming. Baldwin was acquitted.

At around the same time Tony Danza had his own run-in in Malibu. This one was intriguing. A photog was on the beach, shooting in the direction of Danza's balcony. My recollection is that the pap had some sort of shirt over his head so he could secretly snap the shots. Danza became enraged because his kids were on the balcony and he didn't think they were fair game.

Here's where it gets interesting. The photog got in his car and began driving away on Malibu Road. Danza then got in his Caddy and chased the guy down. The former boxer turned actor got out of his car, reached in the photog's car, allegedly roughed him up, took his camera and left.

The photog filed a report with the Sheriff and deputies came a callin' to Danza's home and asked for the camera back. Danza obliged, after removing the film. No charges were ever filed.

At the time I was a reporter for the CBS affiliate in Los Angeles. From my law school days, I remembered that the definition of robbery was taking someone else's property under the threat of force. It seemed to me what Danza did fit the bill. I was stunned when I called the D.A. and he said that Danza was justified because the photog had no business taking pictures of Danza's kids. I confronted the D.A. and said, as far as I knew, that was not a defense to forcibly taking someone's property.

I did a fairly extensive story on the event, and for that Danza hates me to this very day. Tony doesn't know this, but that story is where I got the idea for 'Celebrity Justice,' which I eventually got on the air.

Juries like celebrities and hate paparazzi. It's that simple. For the photog who is now suing Britney after getting his foot run over, and for Bruce Willis' alleged victim, good luck -- you're gonna need it.