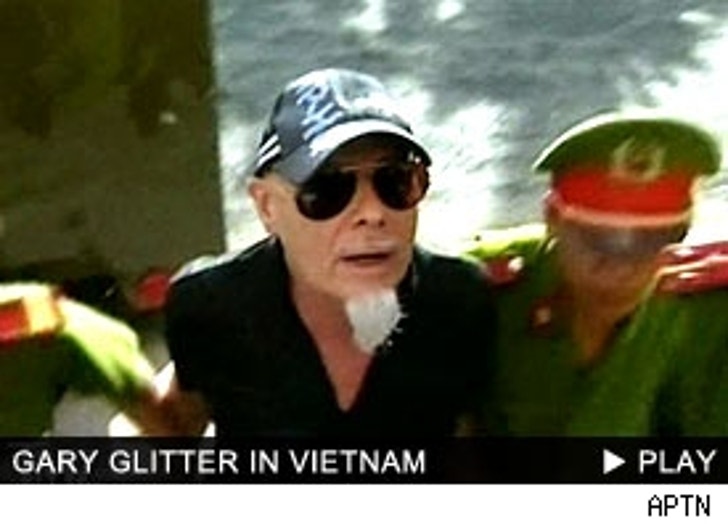 A confident Gary Glitter entered the People's Supreme Court of Appeals today in Ho Chi Minh City in hopes of getting his three-year prison sentence overturned. The 62-year-old singer had been found guilty by a Vietnamese court in March for committing obscene acts with girls ages 10 and 11.

When asked where he would go if he were released today, Glitter responded he'd "have a beer."

Though Glitter, who's real name is Paul Francis Gadd, maintains his innocence the court said they still have enough evidence to convict him so, sadly for Gary, there are no beers in his near future.

Attorneys for the star say the conviction is "a conspiracy of the media working with the so-called victims to get him...He said he had nothing to do with the accusation of child sex abuse and that he was innocent."