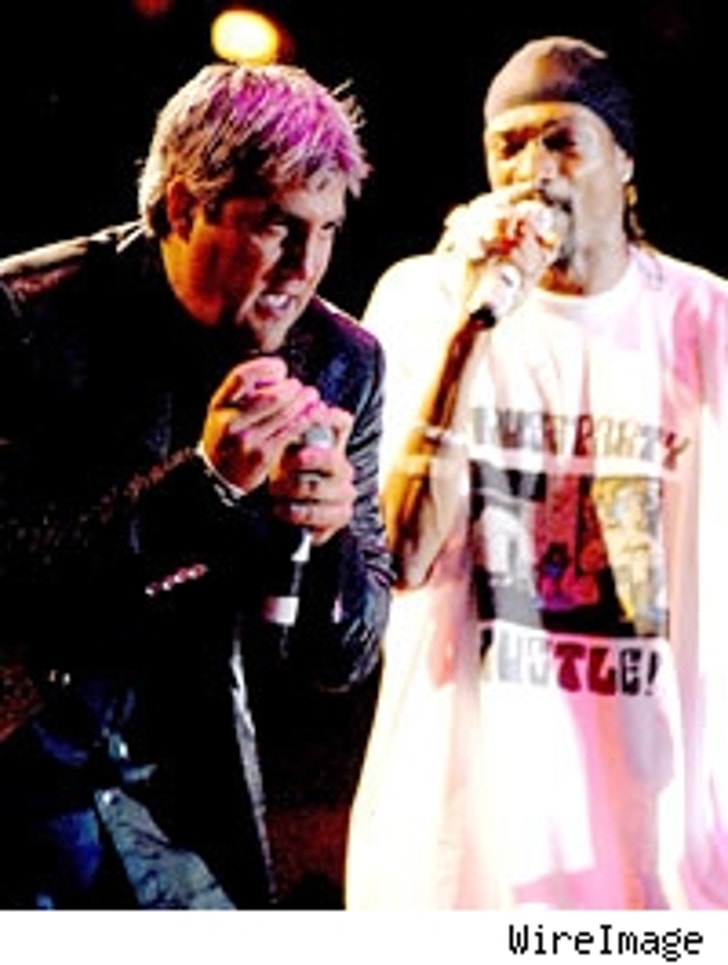 Taylor Hicks is back kickin' it in is home state of Alabama. The recently named "hottest bachelor" winner, is so hot that he got to drop some rhymes with none other than Snoop Dogg this past weekend.

Snoop was in 'Bama performing at Birmingham's City Stage Festival on Saturday. Hicks hopped up on stage to join Snoop on "Gin and Juice." Hicks played a little harmonica and busted a few dance moves as well. Don't worry Snoop, we won't tell anyone back in Compton.

"I have the greatest respect for Snoop Dogg as an artist, but also as a family man, a businessman and an integral part of pop culture," Hicks said in an interview downtown Saturday afternoon. "Rap music has the most advanced lyricism there is. Rap is real; there's nothing pretentious about it. I'm very excited about appearing with Snoop. I think it's great."