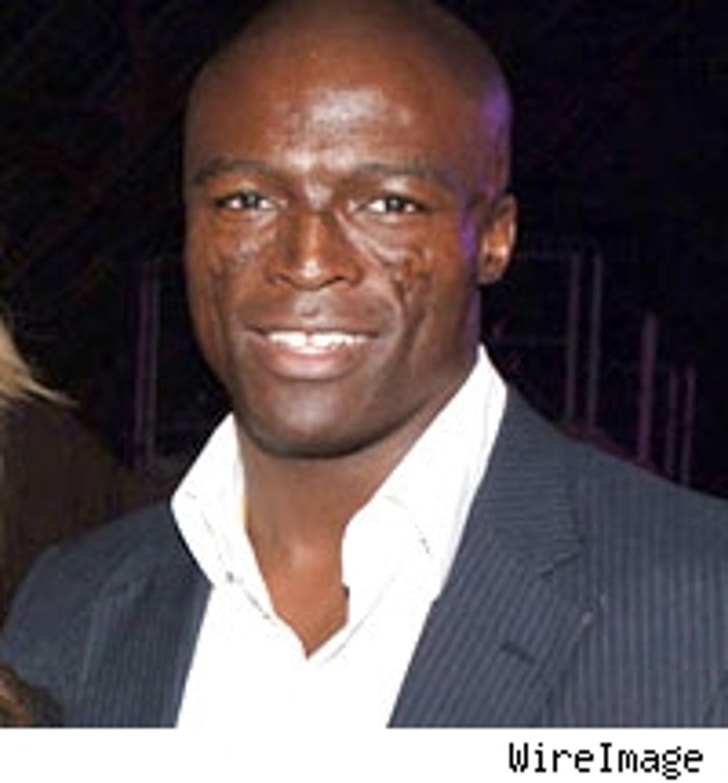 It's been a week of good news and bad for singer Seal and model-wife Heidi Klum. Just yesterday, news broke that the pair will be welcoming a new addition to the family as Seal put to rest the rumors that were floating concerning a new baby bump for Heidi.

The news wasn't so rosy Thursday for Seal. A court ordered the singer to pay money owed to his former manager. In today's ruling, the Court directed Seal to make an interim payment of 500,000 pounds (that's roughly $1 million in US dollars) and announced that a later hearing will be set to determine the full amount of money he will have to fork over.

The case was based on an earlier agreement the pair had signed and revolved around how much help Seal received early in his career from the manager. The judge said he found both to be good witnesses, but in the ended decided Seal did owe a portion of his success to the manager's efforts, even though they stopped working together more than 10 years ago.

Again, here's a lesson to you kiddies out there seeking record deals. Get everything in writing and have someone else look over the paperwork - preferably an independent-minded lawyer or other professional - before you sign anything. Same goes for managers pushing these teeny-bopper kids too. Have their parents sign with them and get everything looked at by a neutral third party. We're all in a rush to "make it', but taking some time in the beginning of these relationships can save you some heartache (and wallet-ache) in the end.