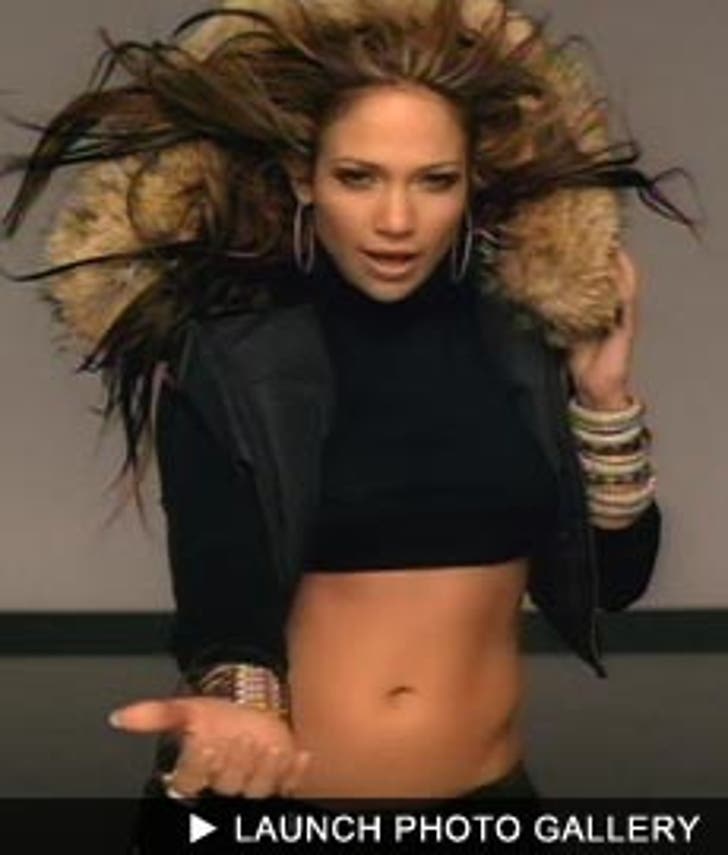 Jennifer Lopez made an appearance as the surprise performer at this weekend's Gay Pride Pier Dance in NYC.

Rumored recently to be pregnant, it was apparent to those in attendance that her moves on stage would definitely be discouraged by any physician for a woman who is with child. Not to mention the fact that she looked stunning and showed no traces of any baby bump. Mrs. Marc Anthony tore it up for the New York gays and was accompanied by some dancers from her new MTV reality show "Moves."

The show, shot in Los Angeles, gives a glimpse into the real lives of dancers, all chosen by La Lopez herself, struggling to follow their dreams. Jenny From the Block's career took its first great leap to stardom when she was chosen to be a Fly Girl on the long-running hit "In Living Color." One thing you may not know, she didn't make the Fly Girl cut initially. It was only after another dancer dropped out that she got the gig.

Lopez hopes "Moves" will showcase just how tough the life of a dancer can be. The show is set to air as part of MTV's fall lineup.