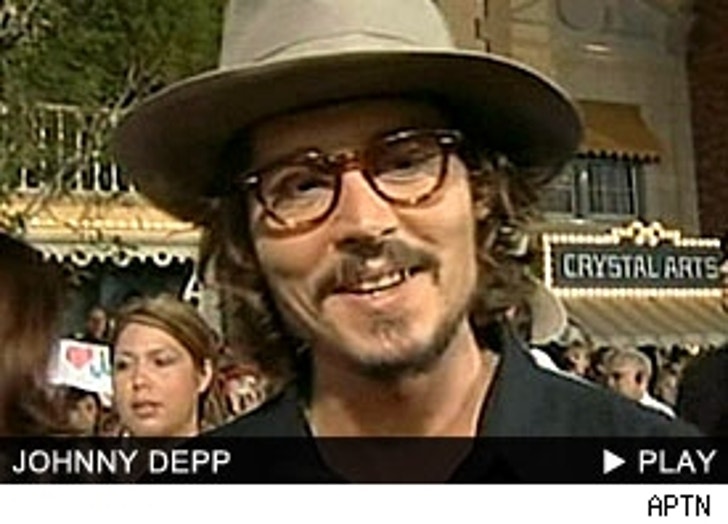 The premiere of the "Pirates of the Caribbean: Dead Man's Chest" hit the Magic Kingdom this year with an arrival line that stretched from the entrance of the park to the newly renovated ride which inspired the film.

Of course, this would be no celebration without Captain Jack Sparrow and he didn't disappoint. Johnny Depp, who came solo to the premiere, was amazed by the number of young fans who lined the arrival line, "It's always kind of overwhelming but it's also nice to meet these people. They came out to support us. It's very touching."

Orlando Bloom showed his love for the fans too, "It means a lot. You can't make movies like this without fans like that. When it's a huge movie you just hope they love it and go see it"

And while getting the stars to gush about the fans was an easy task, none of them were going to let any info slip about the third installment to the series just yet.

"No I'm not giving you any snippets of Pirates 3 and you have to see Pirates 2 before you get any of that," noted Keira Knightley. "And best part? Johnny Depp and Orlando Bloom. Marvelous."