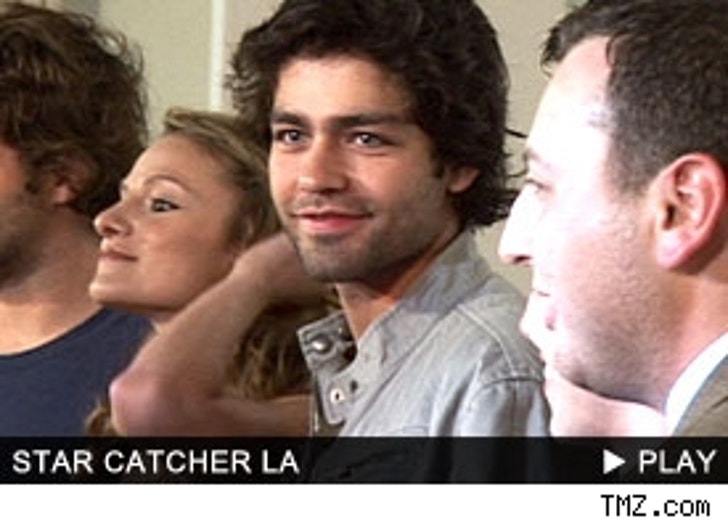 It was an action-packed red carpet Friday night as our cameras were at the Museum of Television and Radio for a screening of Adrian Grenier's film "Across the Hall." Adrian showed up in a true "Entourage" fashion, sending flash bulbs into a frenzy as he hit the red carpet with the rest of the film's cast.

All this and much more in this version of Star Catcher.