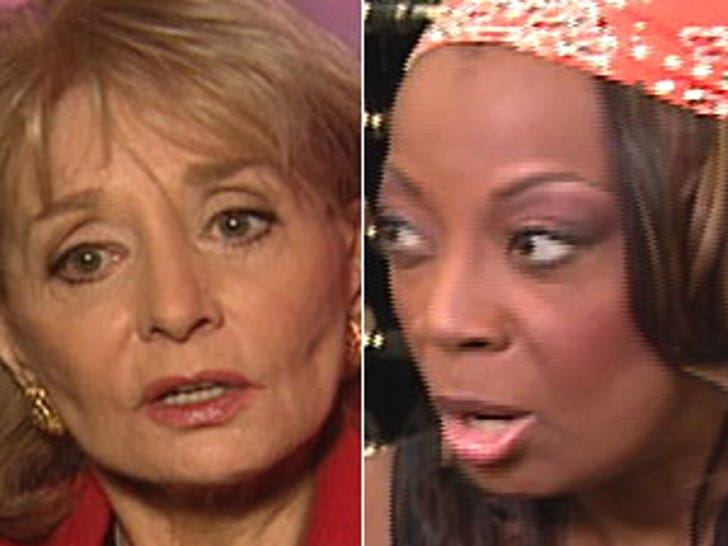 Barbara Walters has hated Star Jones for a long time, and it has nothing to do with Rosie O'Donnell.

I'm told Barbara utterly turned on Star during the diva's wedding. Walters was horrified by the freebies Star was getting and felt she was making "The View" look awful. 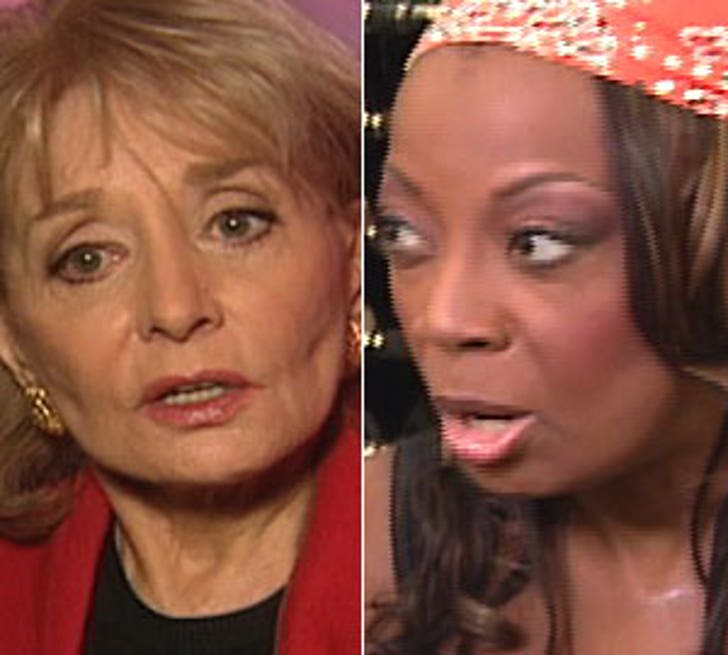 But it goes beyond all that. For several years, I've heard that Barbara was fed up with Star acting like she was all that. It's true, no one has a higher opinion of Star than herself. I remember during the O.J. Simpson civil trial (her pre-gastric surgery days), when someone I know complimented her on her hairstyle. Star's response: "That's my Audrey Hepburn look."

Star has pissed off an awful lot of people in Hollywood who feel she treated them shabbily -- that, by the way is an extreme understatement. It's no surprise that Barbara Walters ultimately turned on her.

The problem is, now Walters is starting to look really bad, publicly feuding with Jones. She should follow her smart self and just shut up. But she can't. You see, that's how much she hates Star.