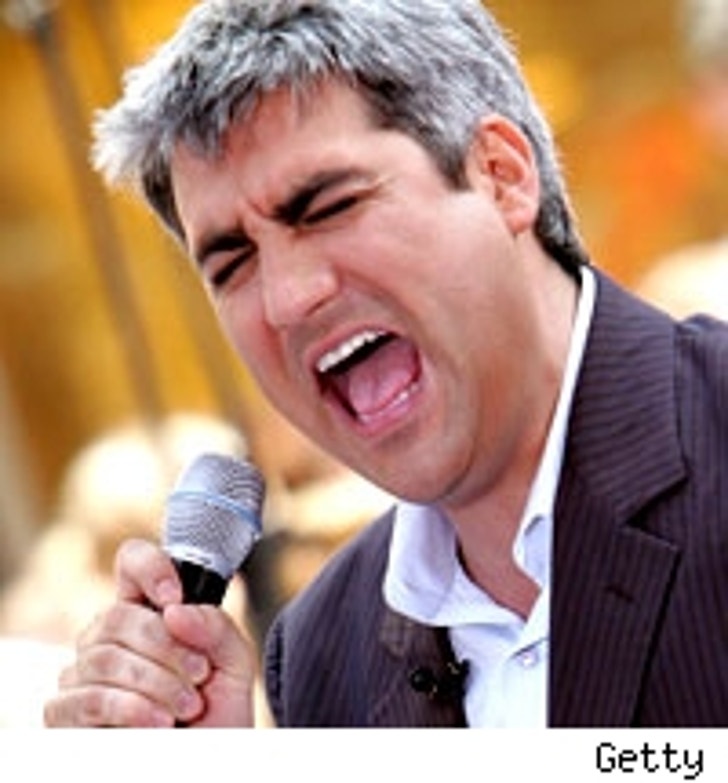 Grumblings are already reportedly coming from Taylor Hicks' camp about his first single "Do I Make You Proud." It was painfully obvious right away how bad the song is, which is of course not a reflection on Hicks since he didn't write it. Now, it seems Hicks may agree.

Hicks' former producer Will Smith of Baldwin Entertainment in Nashville tells In Touch Weekly magazine that Taylor wanted to release a song he wrote called "the Fall" instead of the tune written for him. Says Smith, "He wants to be known as a songwriter, not a karaoke singer."

Of course, he just won the biggest karaoke contest on the planet so it might take a little time to shed the image. But, Kelly Clarkson pulled it off and successfully distanced herself from Idol. Given Hicks' years of pushing his own songs prior to the contest, don't be surprised if Taylor goes the same route. Since Clarkson is by far the biggest success to come out of the show, it would make sense for him to follow her path.