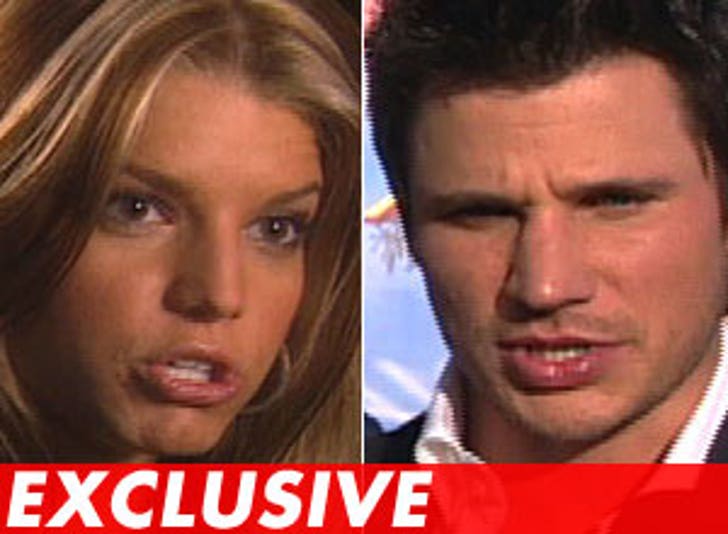 TMZ has obtained legal documents which make it all but certain that Jessica Simpson and Nick Lachey are both about to become legally single.

The documents, which were signed by both Simpson and Lachey and filed in L.A. County Superior Court, ask that a retired judge be appointed specifically to enter a divorce decree.

In legal terms, Simpson and Lachey are asking to "bifurcate" the divorce case, meaning the divorce can become final and the parties can then deal with the messy financial matters separately. The documents ask that retired Judge Dana Senit Henry be appointed "for the sole purpose of conducting the hearing, if any, with respect to the bifurcated issue of the termination of marital status."

The documents, which TMZ obtained from the court, need a "sign off" from the presiding judge before it becomes official. The judge is on vacation until next week. Assuming he signs it -- and there is no reason he wouldn't -- Judge Senit Henry could issue the divorce decree immediately. Under California law, a divorce decree cannot become final until six months after the divorce petition is filed. Jessica officially filed for divorce on December 16, 2005, just over six months ago.

As TMZ first reported, Jessica and Nick are worlds apart on how their property will be divided. Under California law, all earnings and most other assets acquired during their marriage are divided 50/50. Jessica, who has earned tens of millions of dollars, has offered Nick a scant $1.5 million to walk away from the marriage. Nick has balked at that amount. So, the stage is set for a court battle over money.