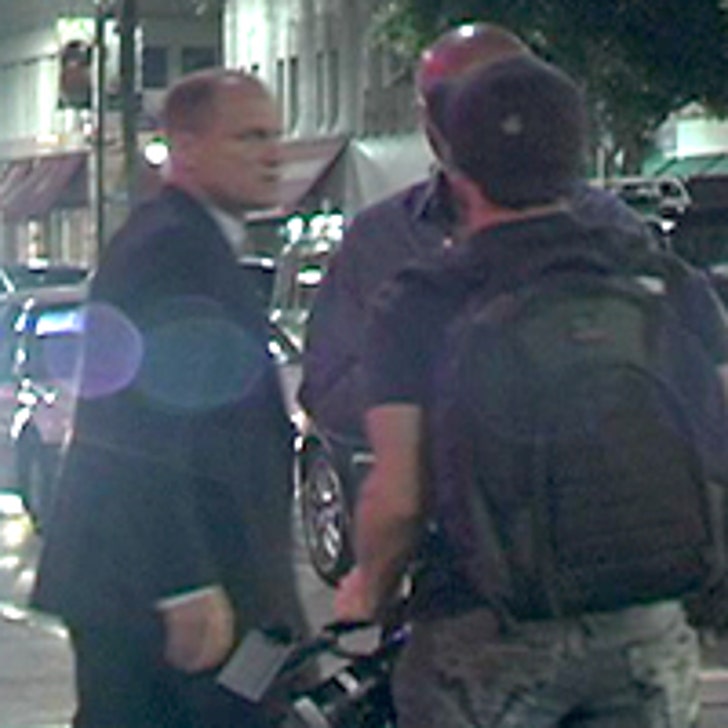 As the LAPD continues its criminal investigation into the incident between Woody Harrelson and TMZ cameraman Josh Levine, there's another piece of unfinished business -- Harrelson broke our camera. A repair shop estimates it will take 1600 bucks to make it work again, and we fully expect Woody will pay. If he doesn't, we're taking him to small claims court.

Turns out, this isn't the first time Harrelson had a run in with photographers. In 1998, a jury awarded a total of around 5 grand to two photogs who were allegedly assaulted by the actor at the Martha's Vineyard Airport.

For better or worse, public streets are, well, public. That means people -- even celebrities -- don't have a right to dictate what others are allowed to do on the cement. If Harrelson wanted privacy, it's a really bad idea to hang at a club famous for photogs. Imagine a star going to the Oscars and then demanding that ABC turn its camera off while the celeb walks the red carpet. Going to Element nightclub is late night version of the Oscars.

The D.A. or L.A. City Attorney will decide if criminal charges will be filed. Josh Levine will decide if he wants to pursue Harrelson. For that matter, Harrelson may take his own legal action, whatever that may be. For our part, TMZ wants its camera fixed. If Harrelson doesn't ante up, we're going straight to small claims. And, by the way, we'll ask the judge if we can shoot the proceedings -- with a camera.