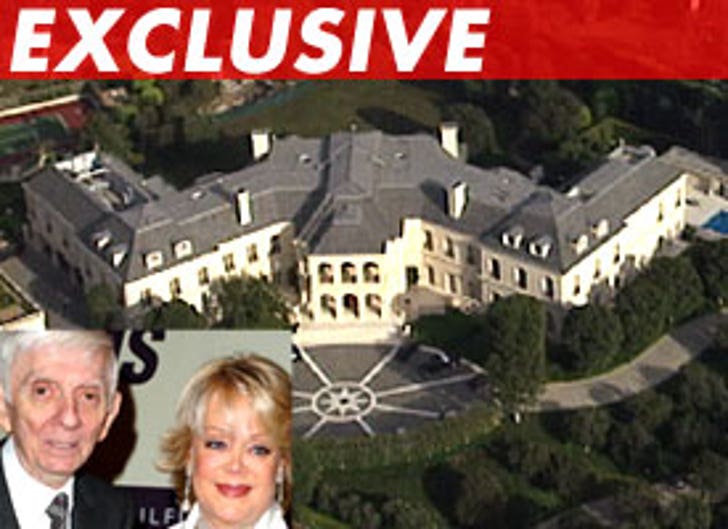 Candy Spelling's people are saying her mega-mansion is not for sale -- but here's the real deal.

Here's how it all went down. Someone from Candy's office contacted WEA, asking if the company had a buyer "in the 100 to 200 million dollar range." Candy's rep said her boss didn't want to list the property for sale but would do what is called a "one-party exclusive" if a qualified buyer offered up $150 million.

WEA reps then contacted other real estate companies, including the exclusive Sotheby's on the Sunset Strip, informing them that WEA had a pocket listing and was on the hunt for a buyer. A source at Sotheby's says Candy's house almost certainly will sell -- close to the asking price -- because it's such a landmark.

One real estate guru told TMZ that Candy is smart not to formally list the property because a house like that will sit on the market for a long time, creating the "white elephant" effect. So a pocket listing is a quiet way to sell property that doesn't have a pool of qualified buyers. And you can take that to the bank.

UPDATE: Candy issued the following statement to TMZ: "I am deeply saddened and disappointed by the rumors and stories that have emerged claiming that I have my home up for sale. I am forced to respond during this sensitive time that these stories are not true, nor do I have any current plans to sell the house that my husband Aaron and I built. I find it disheartening to wake up and find camera crews on the street filming my front gate for the morning news, particularly since the story is not true.

In light of my husband's recent passing, the media's tabloid treatment and coverage of this and my family during this week while we mourn the loss of my husband is shameful, disgraceful, and dishonorable. Aaron was a friend to the press and always took the time to speak openly with them and was very cooperative. Aaron did not deserve to have his legacy tarnished by this and the other inaccurate information reported over the past two weeks."