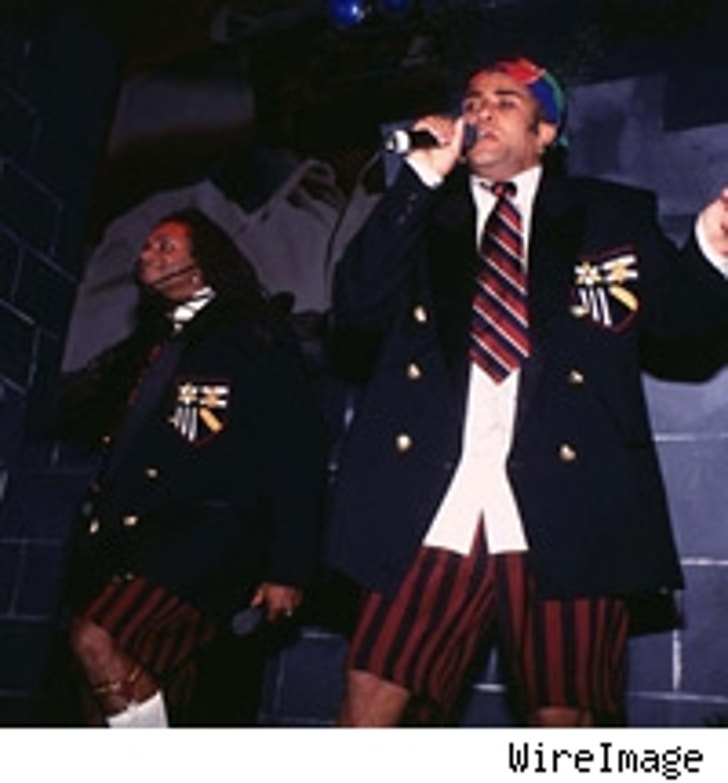 By now you've certainly noticed that vast majority of pop starts are highly attractive. Jessica, Britney (pre-Kevin anyway), Christina, Mandy Moore...right on down the line all these ladies are flat out hot. And, at the risk of denting my hetero cred, I've got to recognize guys like Justin Timberlake and most everyone ever in a boy band. These are simply good looking people.

Many people believe that record labels who create these megastars simply won't deal with unattractive people. The most cited example is Milli Vanilli. By now everyone knows the Milli Vanilli story. The group was created by a producer who hired very talented singers and songwriters to write and record hit songs. But instead of simply releasing these songs by the actual singers the producer fabricated a pop duo who fit the look of the MTV generation. The results are now infamous. The songs were obviously hits - so why the charade? Could it be that the marketing suits wouldn't have pushed a group that didn't have "the look" the way the pushed Fab and Rob?

Obviously not all pop stars are highly attractive, but the percentages do give some credence to the claim that the big star makers and record labels don't believe you can create a megastar without having a certain look and they simply won't deal with otherwise talented singers who don't fit the mold. There could also be another pop psychology reason behind the hottie pop star phenomenon. It could be a confidence thing. It takes a great deal of confidence to announce to the world you're going to be a pop singer. And, even more bravado to actually do it. You see it in sports too. Ever notice how many quarterbacks are very good looking guys? Like budding pop stars, these guys too often have their self image built up by cooing of young girls and head pats from mom and dad for being so darn handsome. So, could it be that attractive children and teenagers have the courage to take the plunge into stardom because they have higher self esteem due to all the compliments they receive on their looks from peers and parents? Or, are attractive people simply more talented?