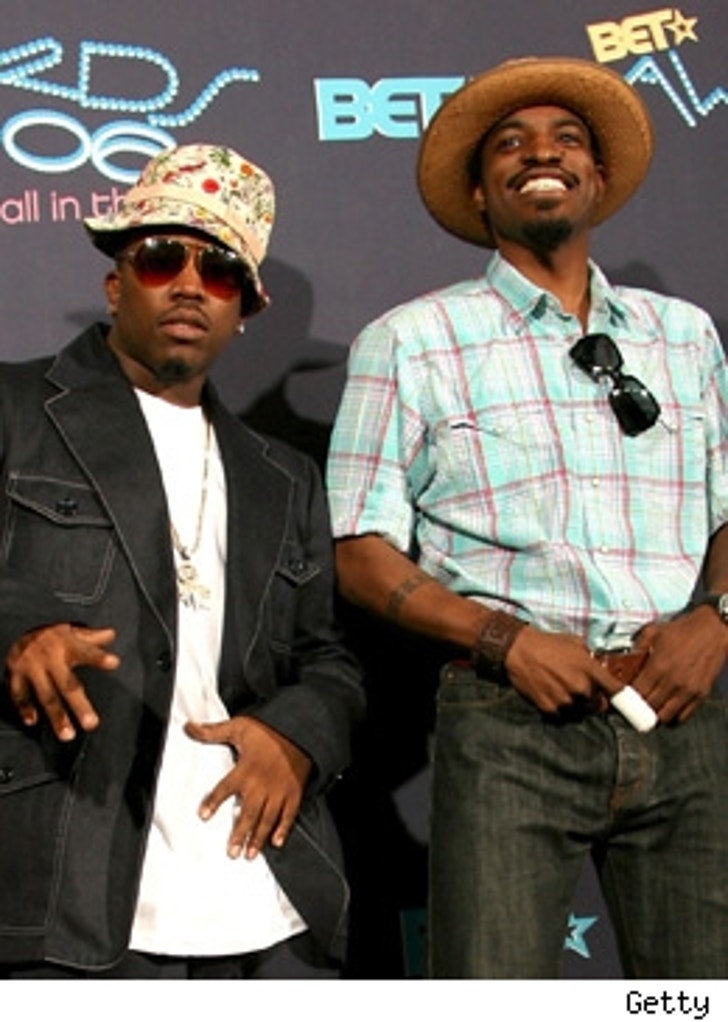 Rumors are swirling around the internet that OutKast plans to kick off their upcoming tour without Andre 3000. Big Boi has reportedly stated that Andre will not be joining him on the upcoming tour. Huh?

An announcement like this puts rumors of an impending breakup of OutKast back in the public spotlight. Those rumors have surrounded the group since the release of "Speakerboxx"/"The Love Below" a two-disc set comprised of solo albums by Andre 3000 and Big Boi.

Outkast's rep's told TMZ that there has been no announcement about the upcoming tour, which makes more sense then Big Boi touring alone under the OutKast moniker. How do you pull off "Hey Ya", the group's biggest hit, without Andre? Would a cardboard cutout of Andre on stage would be out of the question.

The, "we promise we're not fueding," hip-hop duo's new film and album "Idylwild" hits the streets in August.