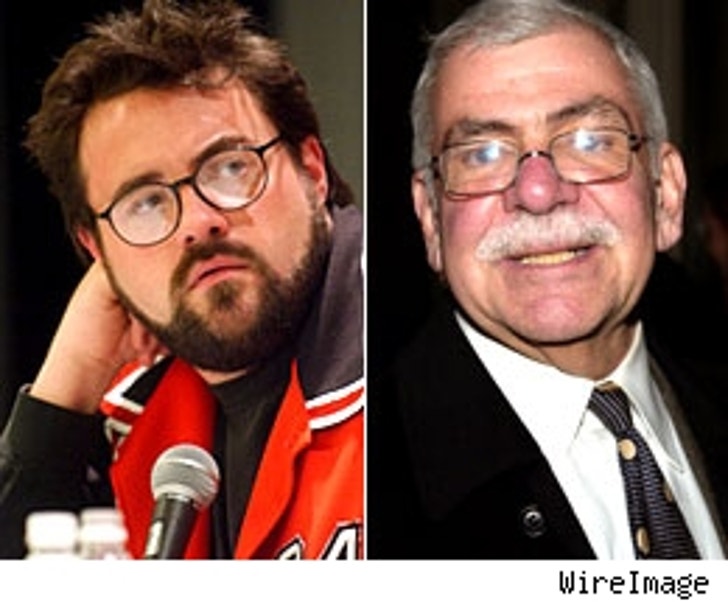 For a movie he didn't like, film critic Joel Siegel is sure helping "Clerks 2" gain some publicity ... though it's not necessarily good. According to Kevin Smith's MySpace blog and Page Six, Siegel made the unprofessional move of disruptively storming out of a press screening for the new film. Both critic and filmmaker were on CBS Radio's "Opie and Anthony Show" this morning and the fight raged on.

"There's no reason I wanted to listen to anymore of it, I stood up and got a little carried away," Siegel said of his reaction to the film. The critic continued to defend himself on the radio show, apparently not realizing that he was talking to the director himself until 10 minutes into the tirade.

Smith refused to back down though saying, "You're a paid professional,sir, it's your job to sit there and watch a movie and review it, that's what you get paid for. It's one thing to walk out and if you don't want to do your job, fine, I understand the movie's not your cup of tea."

Siegel did note that he told Page Six he thought Kevin Smith was a very good filmmaker and he thought the original "Clerks" was one of the most important films of all time, something the gossip page forgot to mention. He also made a semi-apology, "If you'd like an apology, I'm glad to apologize. This was indeed the first movie I've walked out on in 30 years. If there's a second movie I walk out on, I'll be much quieter."

The film opens this Friday.