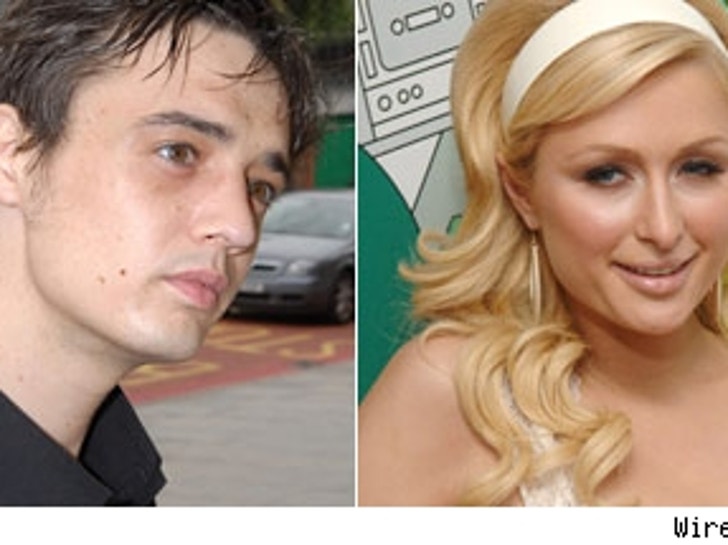 Paris Hilton is showing her soft side these days. She's confessed her thin skin to TMZ admitting she's hurt by the public's perception of her as an " overused human condom." Now the sensitive socialite is speaking out on Pete Doherty's widely discussed drug problems.

She reportedly told More Magazine how she feels for Pete:

"I feel bad for Pete Doherty. It's upsetting how friends can let him do that to himself."

I feel for Pete too. There is an artistic and human tragedy to his story. But, let's be real. The choices were Pete's. Pete decided to take the drugs. It's Pete who did it all to himself, not anyone else. Blaming his friends is just silly.

However, I do believe Paris' heart is in the right place with her sympathy. Maybe she'll be kind enough to lend her vocal stylings to his next record...