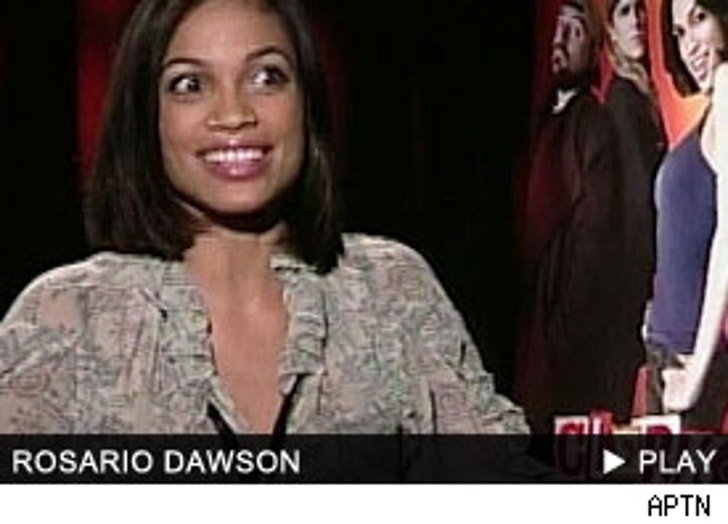 Jay and Silent Bob are back in "Clerks 2," 12 years after the original film became a cult classic almost overnight. The pot pushers are joined again by the Dante Hicks (Brian O'Halloran) and Randal Graves (Jeff Anderson), who work at a fast food joint this time around.

Joining the cast for the sequel is "Sin City" hottie Rosario Dawson, who says the film definitely doesn't hold back. "There is definitely something to be offended by for everyone but there is also something for every single person to just jump out of their seat and laugh and be happy about."

The film has been getting a lot of attention this week from the highly publicized dispute between director Kevin Smith and film critic Joel Siegel, who was so offended he disruptively walked out of the press screening. "Clerks 2" opens this weekend.