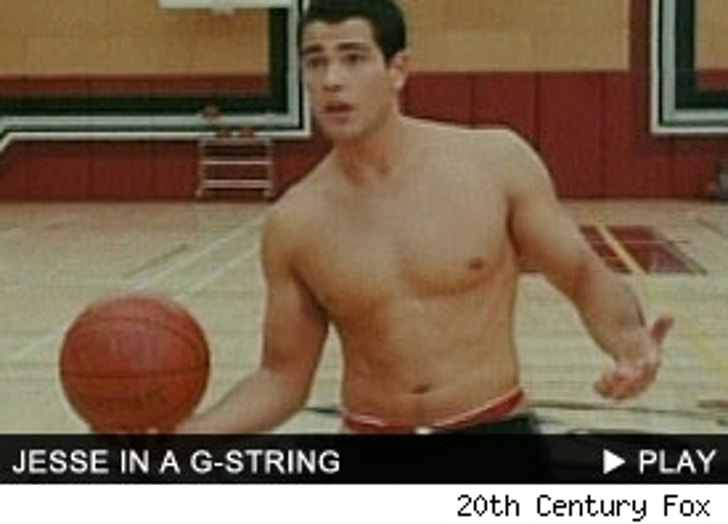 "Desperate Housewives" hunk Jesse Metcalfe makes his big screen debut this weekend in "John Tucker Must Die" and dons a (sexy?) g-string for the role.

"Stepping out in that thong in front of these four beautiful girls and in front of 50 extras... It was a little nerve wracking," says Metcalfe of the revealing scene, "but it was kind of a rush and I think it came off well."

His "Desperate" co-star Eva Longoria was at the film's premiere last night to offer moral support.

"We've formed such a great friendship and I'm just so proud to see him move on from 'Desperate Housewives,'" said Longoria, "A lot of people really sit on their asses and not do anything but he is a really hard worker and I'm looking forward to seeing him back next week on the set."

Metcalfe revealed a little more about his upcoming plot line on the ABC show, but couldn't offer much. "I can tell you that John and Gabrielle are back to their old ways."