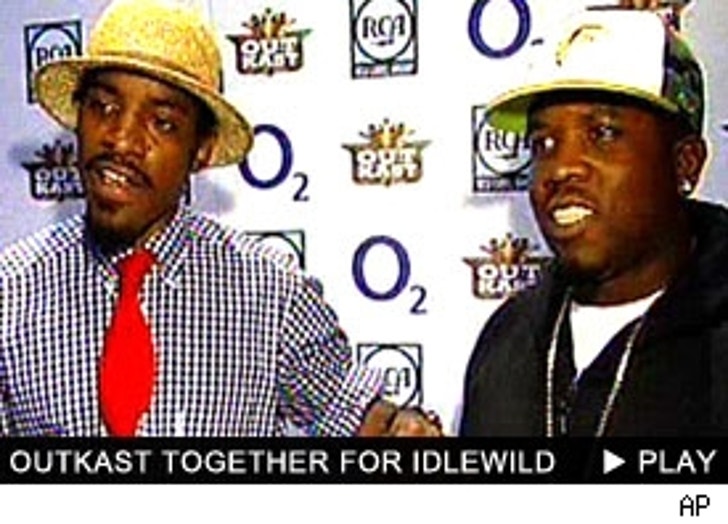 Big Boi and Andre 3000 showed up in London to promote their new album and movie both named "Idlewild".

The album is OutKast's first release in 3 years, and features 80 minutes of music and lots of love for their fans. They also talk about their new film, set in America in the 1930's. The film chronicles the lives of two friends brought together by music. Hmmmm sound familiar?