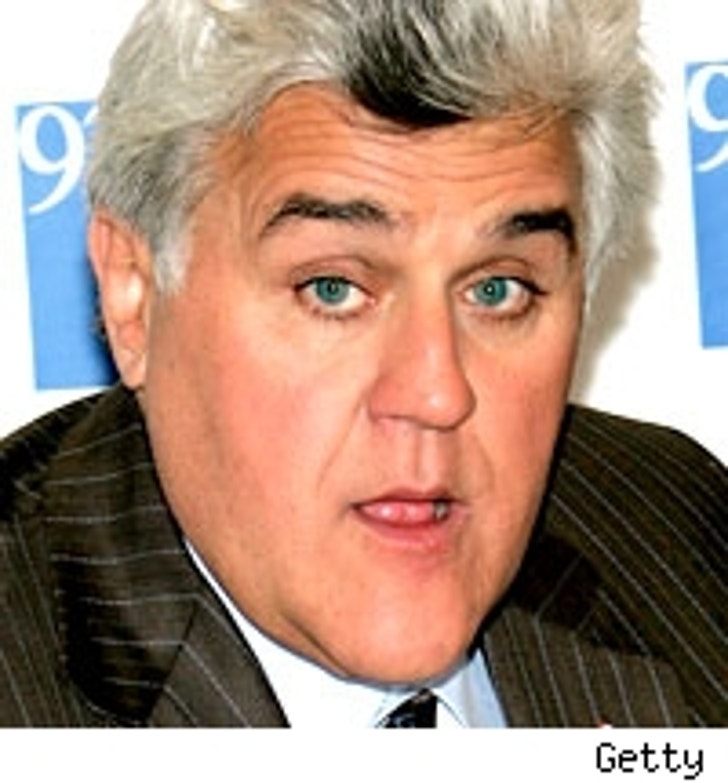 Jay Leno will serve as the first replacement co-host for the movie review show "Ebert & Roeper." Famed critic Roger Ebert is taking a break to recover from cancer surgery earlier this month.

The "Tonight Show" host will appear on the August 5 episode talking the movies "Talladega Nights: The Ballad of Ricky Bobby," "Miami Vice," "Little Miss Sunshine," "The Night Listener" and "Shadowboxer."

"America knows Jay as the country's most popular late-night talk show host, but I know him as a guy who loves movies and loves to debate movies with Roger and me -- both on camera and backstage at 'The Tonight Show,'" co-host Richard Roeper said.

Director Kevin Smith is scheduled to fill in on August 12. No other replacement co-hosts have been named yet and there is no return date for Ebert.