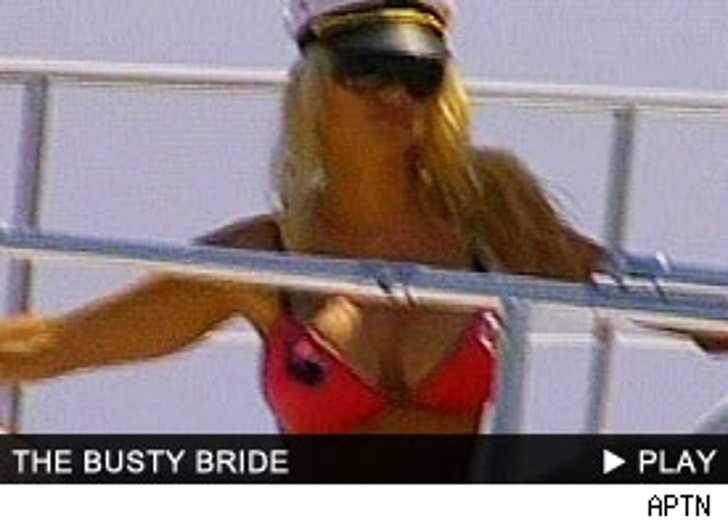 Kid Rock and Pamela Anderson tied the knot Saturday on a yacht in St. Tropez. The former "Baywatch" babe was spotted lounging in a bikini and a sailor's hat the same day, and playing cat and mouse with the paparazzi while they floated around their boat on jet skis trying to get a shot of the bride.

There are reports saying there were less than 10 people on board the boat for the ceremony -- they all celebrated on a beach later that night.

The two have three children between them; Pam has two from first husband Tommy Lee and Kid Rock has a 13-year-old son, Bob Jr.