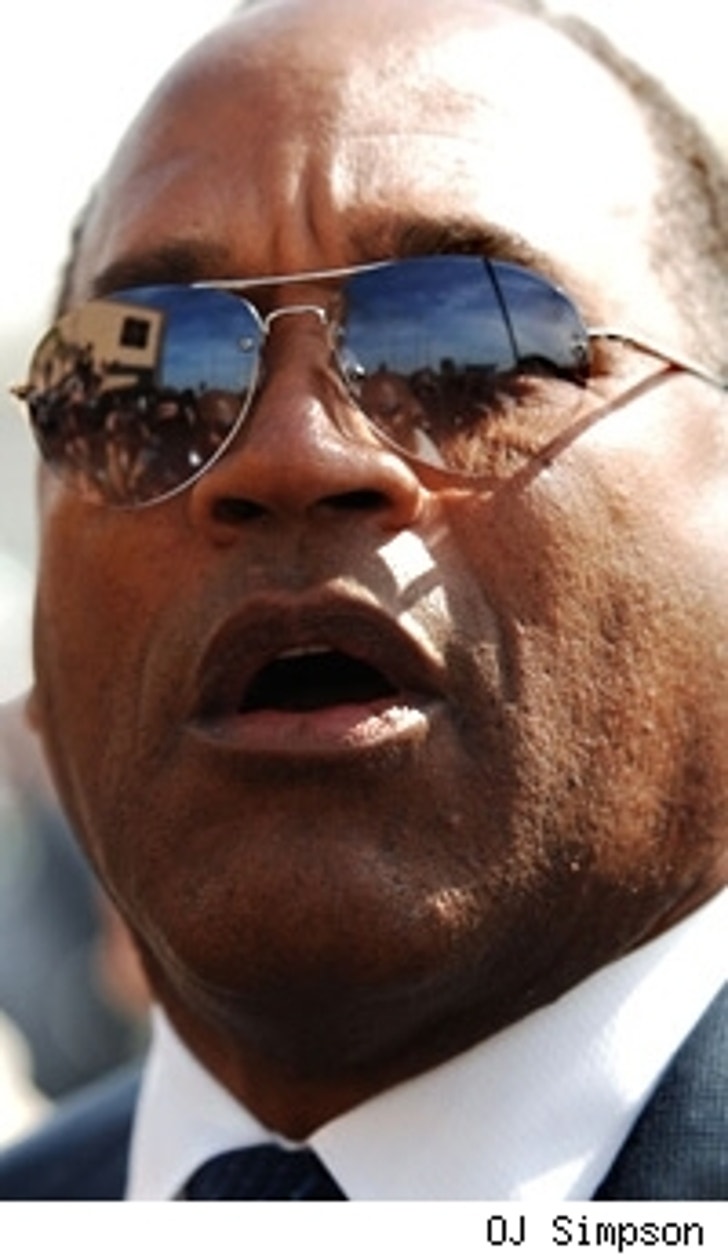 Recently, O.J. Simpson has been reportedly traveling the country, hitting on women, making threats and bashing celebrities-- and it's all been caught on tape. A website called JudgeOJ.com claims it will soon release over 75 hours of raw and uncut footage, containing scenes that will expose "the intimate and revealing nature of O.J. Simpson."

None of what the site calls its most revealing clips are online yet, but the footage reportedly shows a trio of beautiful women on O.J.'s lap "tackling" the former Heisman trophy winner, while O.J. says, "Thank you, Jesus." Another clip reportedly features O.J. during a radio interview, confessing "If I read the tabloids and listened to talk radio people, I'd be in the nuthouse. I'd ready to jump somebody, hurt somebody." The host asks: "And do what to somebody?" "Hurt somebody," O.J. replies.

The controversial website also claims to have video of the Juice slamming Oprah Winfrey and offering up "real" opinions on stars like Howard Stern, Barbara Walters and Geraldo Rivera.

Just who is the mysterious man behind this video? A Simpson-obsessed producer named Norman Pardo. Pardo's only prior relationship to Simpson was that the two both used the same attorney. After said attorney suggested the two meet, Pardo claims he convinced O.J. to begin rehabbing his brutally tarnished image ... while he continued to search for "the real killer." Once Simpson agreed, Pardo says the two embarked in 2001 on wild four-year cross-country road trip. Throughout the journey, O.J. reportedly gives sex advice to friends and addresses the subject of drug use. Pardo claims he plans on writing a book and producing a documentary based on the footage.

But the million dollar question is, exactly how is O.J. involved financially? After O.J. was found liable by a jury for the murders of Ron Goldman and Nicole Brown Simpson, every cent of profit O.J. reaps is legally owed to the families of the victims. That could mean problems for the fallen football star if he was paid to participate in the project.

TMZ attempted to reach JudgeOJ.com. Our calls were not returned.