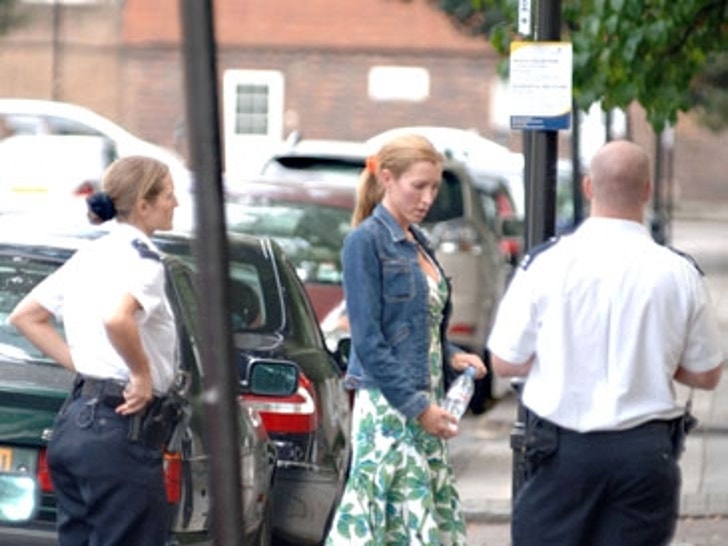 Police were called to Paul McCartney's London residence Monday, when a member of estranged wife Heather Mills' security team climbed over the wall of the premises to let her in. The locks on the gates had been changed.

"One of the security people inside called the police," according to Mills' spokesperson Phil Hall. "They turned up and she went off for a drive around the block with the kid."

Mills had arrived at the home with two-year-old daughter Beatrice, the couple's only child. "She was laughing about it," Hall said, when asked about newspaper reports that Mills was angry at being locked out.

Hall did confirm, however, that McCartney had frozen their joint bank account and had sent a "legal letter" to his wife to complain after three bottles of cleaning fluid were taken from his Sussex home to clean Mills' nearby office.

TMZ contacted McCartney's spokesman, but he was not immediately available for comment. Although the couple described their separation as amicable when it was announced in May, McCartney cited her "unreasonable behavior" in divorce papers and Mills responded by vowing to file counter-claims in Britain and the United States.

Lawyers believe McCartney could lose up to one quarter of his wealth, estimated at over 2 billion dollars, as a result of the divorce.

Mills has been the target of lurid allegations in British tabloids since separating from McCartney, but she has strongly denied she married him for his money, saying in May there was "not an ounce of truth in this."

The couple married in 2002, having met in 1999 at a charity event a year after the death of McCartney's first wife Linda from breast cancer.