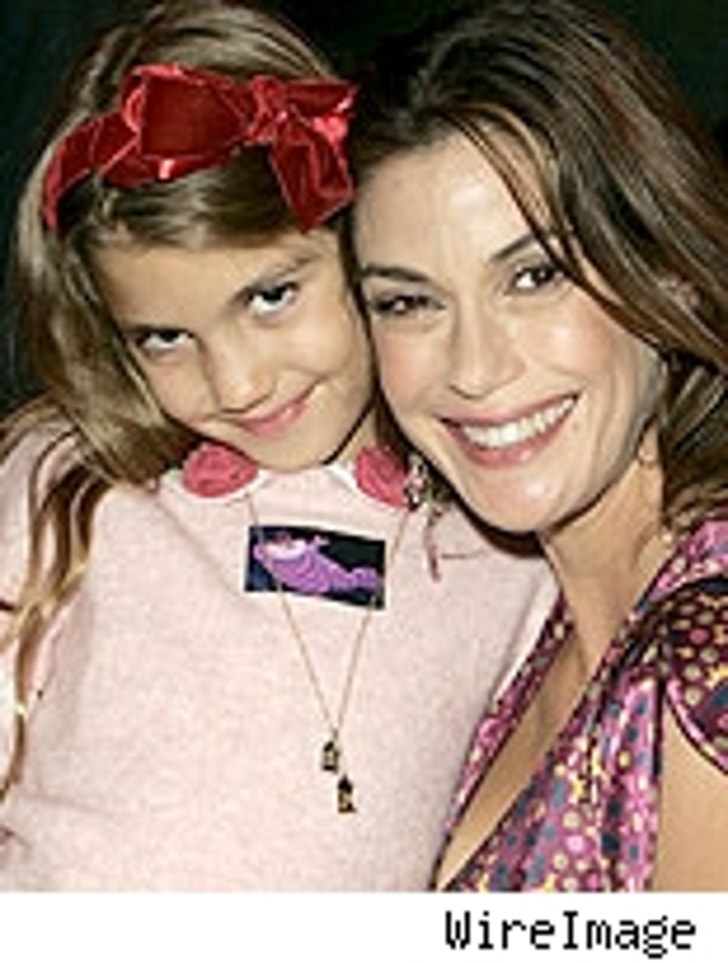 Teri Hatcher was spotted last Thursday shopping at a cellular phone store in Los Angeles with her 8 year-old daughter, Emerson. The duo were shopping for a pink RAZR cell phone that Emerson wanted. Hatcher appeared hesitant to buy Emerson that particular phone because she said she had heard bad things about the phone's quality.

Sources tell TMZ that Hatcher was very protective of her daughter- not letting her roam the store unless she was by her side. When asked for her daughter's Social Security number to activate the cell phone account, Hatcher was reluctant to give the sales clerk such information. Hatcher immediately phoned a male confidant on her cell phone to get advice on the matter. The confidant okayed giving Emerson's Social Security number to the clerk, and also advised Teri not to buy the RAZR for Emerson due to his own daughter's problems with her phone.

In the end, Hatcher opted to buy a Samsung phone for Emerson.