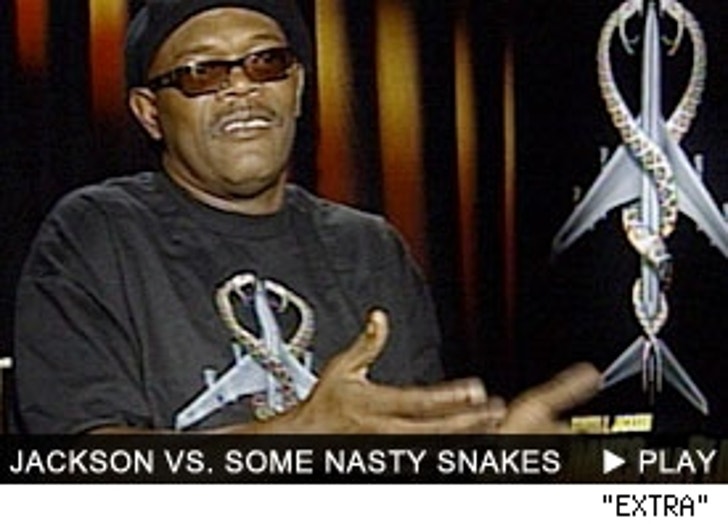 These days it may be a bit harder to sneak a crate full of snakes onto a plane, but Samuel L. Jackson isn't worried about how heightened security measures will affect his new movie.

"It's unfortunate flying has become such a pain in the butt with the things you can carry with you ... we have to look at our fellow passengers and be like am I going to have to get on your ass or what ... it's just bad but i don't think it has anything to do with this particular film."

Jackson also promises the movie in question, "Snakes on a Plane," is not going to skimp out on any violence or mile-high club antics despite tighter restrictions in real-life flight.

"PG was not the way it's supposed to be, it's a horror film...there's some nudity now, in a horror movie like this people get killed in those situations...this has nothing to do with reality whatsoever."

"Snakes on a Plane" opens Friday.