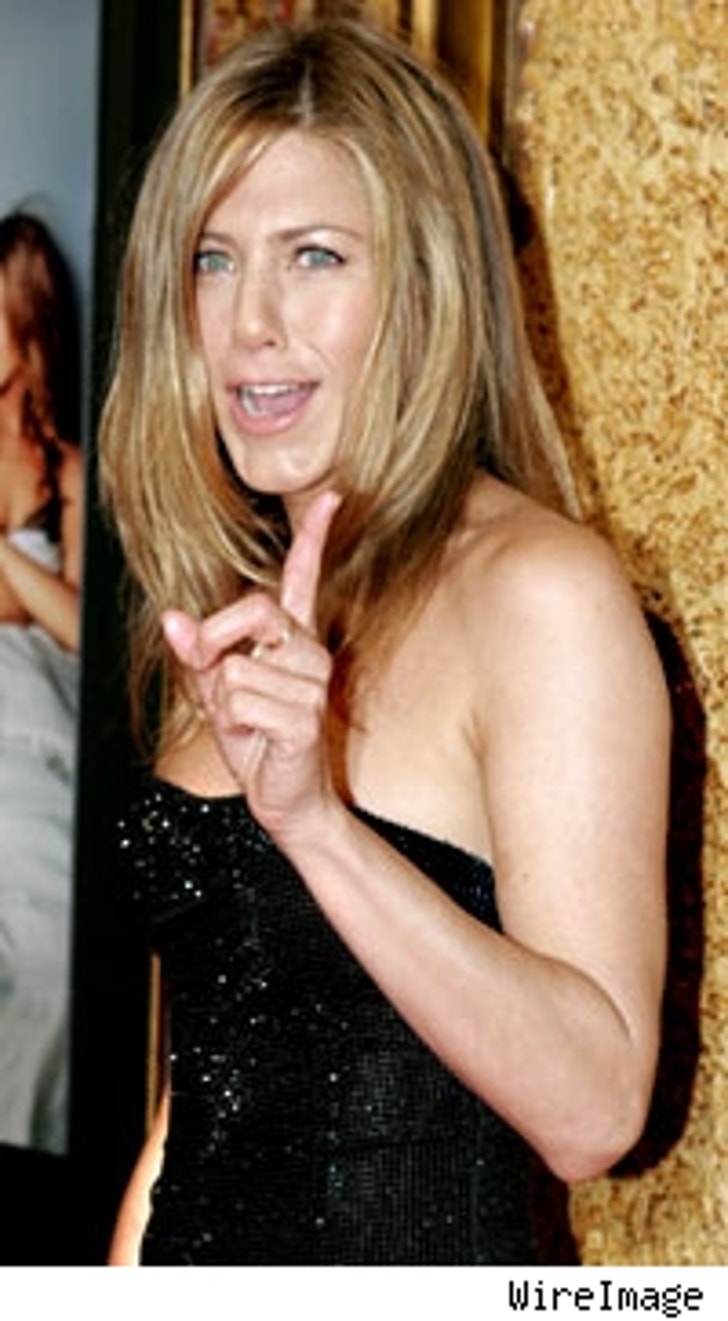 Jennifer Aniston has lashed out against published reports claiming that she has gotten engaged to her boyfriend and "The Break-Up" co-star Vince Vaughn.

In an exclusive interview with PEOPLE magazine, Aniston says, "I'm not engaged and I don't have a ring and I haven't been proposed to."

Jen's latest comments come in sharp contrast to Us Weekly's cover story last week which reported that Vince proposed to Jen aboard a private jet after vacationing in Mexico in June. Aniston found this aspect of the story particularly amusing. "OK, so you're on a romantic location. You've got the beach, you've got the sunset, but no, no you're going to wait for an airplane ride," she says she joked with Vaughn concerning a hypothetical engagement.

Aniston says she normally doesn't respond to these type of stories, but took action once her family members started getting accused of lying and once "reliable and accurate news programs" began reporting the story. Jen adds, "People are getting fed a lot of bull."

Fans of the Vaughniston are getting used to the engagement stories. In July another celebrity weekly falsely reported that Vince and Jen had gotten engaged in Paris.

Us Weekly stands by their story that the couple is engaged.