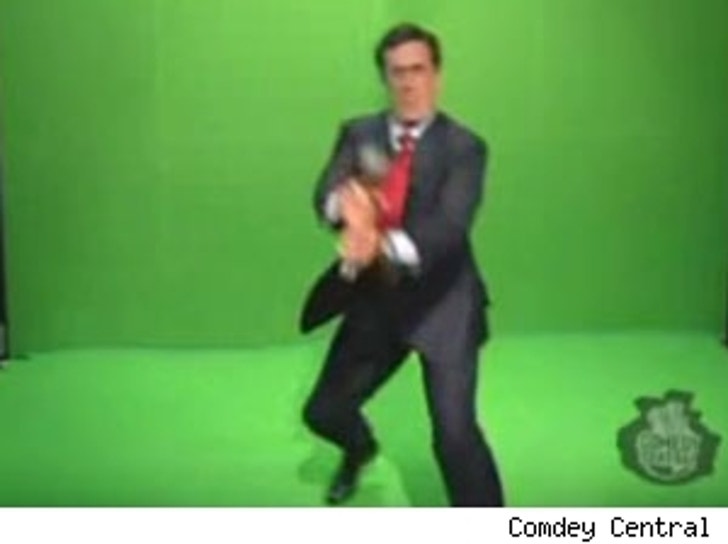 Pseudo-pundit Stephen Colbert has been having a field day with the Internet lately.

First Colbert got his legion of Colbertocrats to alter Wikipedia entries after he did so on the air. The offending entries were false and got Colbert's Wikipedia account locked. Then he threw his hat into ring of the naming of a Hungarian bridge via online poll easily overtaking early front runner Chuck Norris. Now he's taking aim at the Star Wars kid.

Standing against a green screen Colbert re-creates the famed swashbuckling light saber stylings of a young boys who's video became an internet phenomena. Colbert has challenged his fans to "re-mix" the footage not unlike the original Star Wars kids footage was "re-mixed" to include laser shots, enemies and other special effects.

The video has been released on YouTube.com for anyone looking to make Colbert the ultimate Sith warrior.