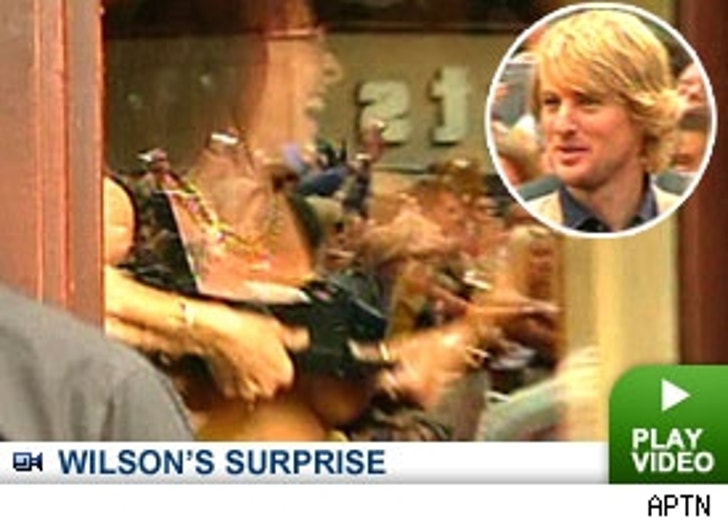 Though Owen Wilson definitely expected questions about co-star Kate Hudson at their new film's London premiere, one thing he probably didn't expect was a flasher.

After calling for Wilson's attention, a woman inside a bar located behind the "You, Me and Dupree" press line lifted up her shirt and flashed her breasts at the actor.

When asked what he thought of the gesture Wilson told one reporter, "Wow! I kind of lost my train of thought with that one."

His "Dupree" co-star Michael Douglas also showed some confusion when the woman then decided to flick "V" signs at him.