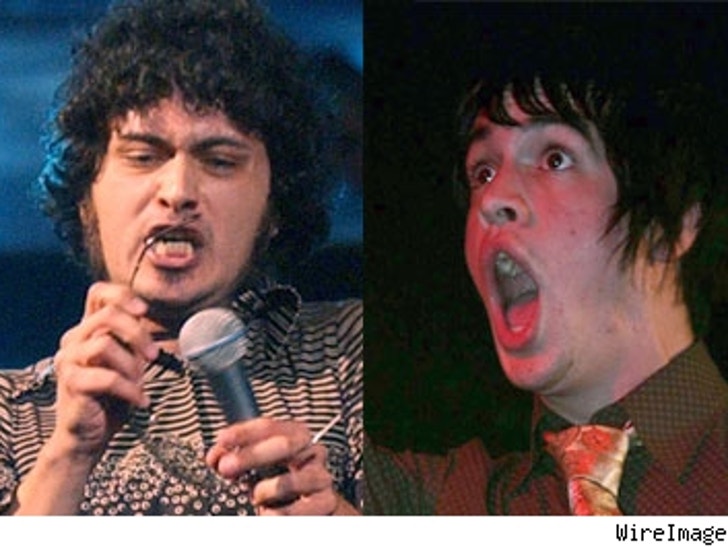 Typically male rock stars are showered with lacey and lightweight garments when performing on stage. But, every once in a while something a bit heavier gets tossed their way. Such was the case for two of rocks top young acts at recent shows. The interesting thing is how each band reacted. 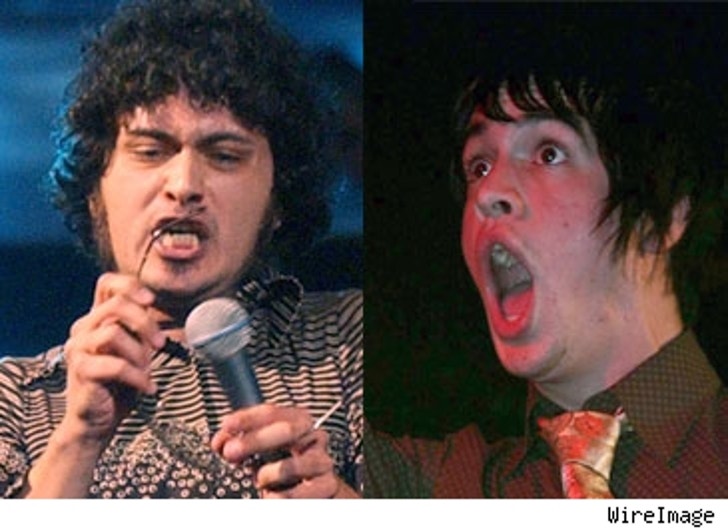 As noted earlier by TMZ, Panic! at the Disco singer Brendan Urie got popped in the head, near his eye, with a bottle when the band started their a set at a UK festival today. The singer suffered a cut, but refused to stop the set. "You can't take me out," Urie shouted to the crowd, before adding "Lets see how well you guys do with my left side." Once Brendan was back on his feet, the band picked up right where they left off and played on without incident. They even covered Radiohead's Karma Police (although probably not this version). Very rock and roll.

Compare Panic's determination to the Mars Volta. MV was playing Seattle's Endfest a couple weeks ago and about midway through their set fans sent a few bottles filled with urine toward the stage. While contact was made, there was no injuries reported and certainly no head shot like Brendan Urie took today. But, unlike Panic!, Mars Volta took their ball and went home. Rather than troopering on, singer Cedric Bixler-Zavala offered the crowd a reward for turning in the perpetrator before the band stomped off stage without finishing their set. Boo-hoo. Yes, urine bombs certainly aren't fun or funny. But, come on, these guys are supposed to be rock and rollers. If you're going to quit playing, at least jump in the crowd and go after the guy , that is a very rock and roll response - whimpering offstage, not so much.