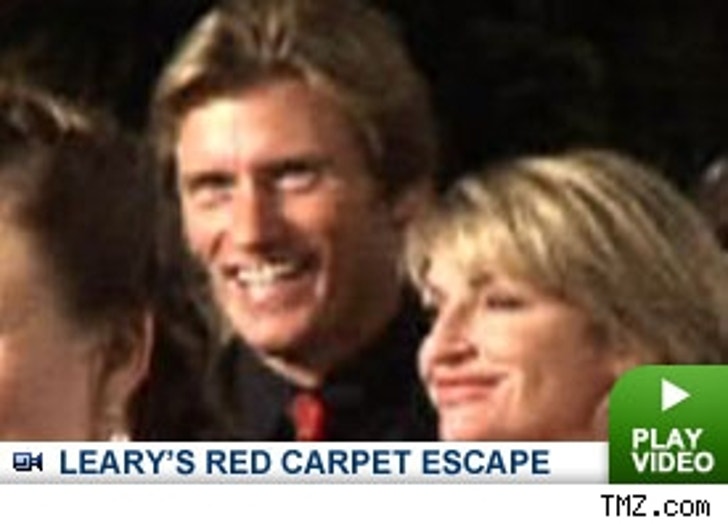 What used to be an untarnished awards show tradition has turned into a full-fledged FOX sponsored party at one very famous Bevery Hills restuarant. Spago was overflowing with stars from your favorite FOX shows after the Emmy's Sunday night, including Cloris Leachman from "Malcolm in the Middle" and Jack McGee from "Rescue Me".

But it was Denis Leary who rescued himself from the spotlight by using a bit of trickery during his entrance. TMZ's cameras caught the actor cleverly sneaking around the signage to avoid the red carpet rush.

Jaime Pressly played the role of traitor, taking time away from her NBC pals for a night with the FOX folks. But the "My Name is Earl" star looked bored as ever after showing up fashionably late in a shimmering gown ... and to no one's surprise, she left rather quickly.

But the man of the evening was Kiefer Sutherland, who arrived with Emmys blazing. The "24" star even put down his new golden pals to sign autographs for waiting fans.