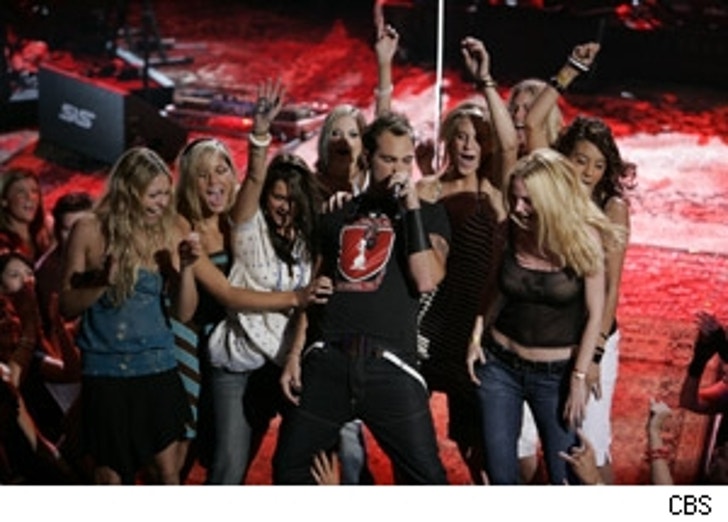 "Rock Star: Supernova" hasn't even finished it's run yet but CBS is already gearing up for next year's season.

A source tells TMZ, despite having less than rock star ratings, CBS has renewed the show for a third season.

And while no band has been attached to the show in the vain of INXS and Supernova yet, we have learned that next year the contestants will consist entirely of women. Somewhere Tommy Lee is smiling.

While this doesn't bid well for all the wannabe Bonos out there, all you Courtney Loves-in-waiting should start readying your ripped fishnets now.

TMZ contacted a rep for CBS but have yet to hear back.