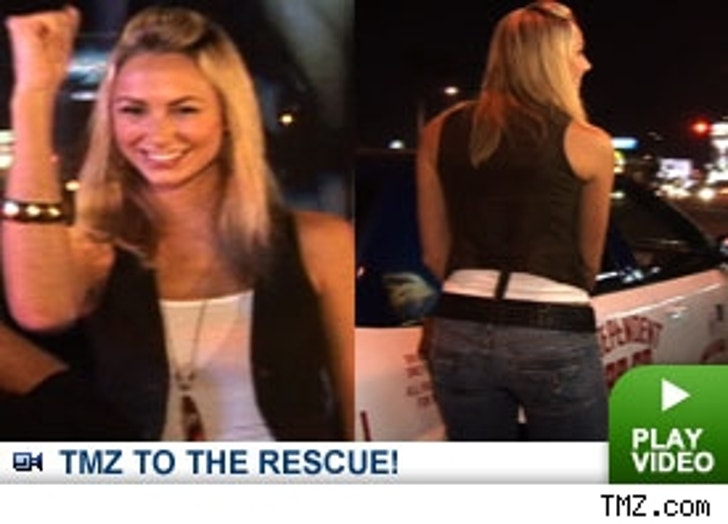 TMZ's Josh Levine was outside Hyde on Thursday night doing what he does best, bringing you Star Catcher, when former "Dancing With the Star" beauty Stacy Keibler became somewhat of a damsel in distress.

While the blonde stunner had no problem attracting autograph seekers outside the trendy spot, getting a cab proved to be a bit more difficult ... and that's when Josh stepped in. Levine immediately rushed into the street and successfully waved down a taxi for the star ... such a gentleman.

But Josh doesn't hasn't always had such good luck in the streets. A few months back, the cameraman was blown off by a passing cop car, moments after he was choked out by Woody Harrelson.