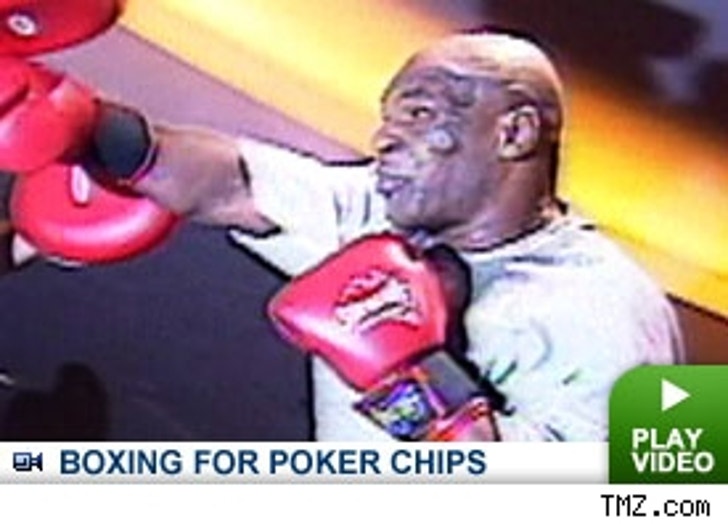 Mike Tyson is still the main event in Las Vegas, even though he isn't licensed to fight there. The former heavyweight champion has set up shop (in this case, it's a ring) in the middle in the Aladdin/Planet Hollywood hotel, for a boxing exhibition called "Tyson Training Camp." Not quite the $35 million nights he was used to in the twilight of his career.

In between ferocious left hooks, Tyson tells TMZ he's recently spoken with Oscar winner Jamie Foxx, who is rumored to play The Dynamite Kid in a big screen version of his life. Tyson says he doesn't understand why Foxx would be interested in portraying the embattled star.

"I don't ... see myself in the perspective that everyone else seems. I think the 40 years of my life have been a waste."

Here at TMZ, we believe anyone who could have spawned a Nintendo boxing game as cool as Mike Tyson's Punch Out is not a waste, no matter how far he may have fallen.