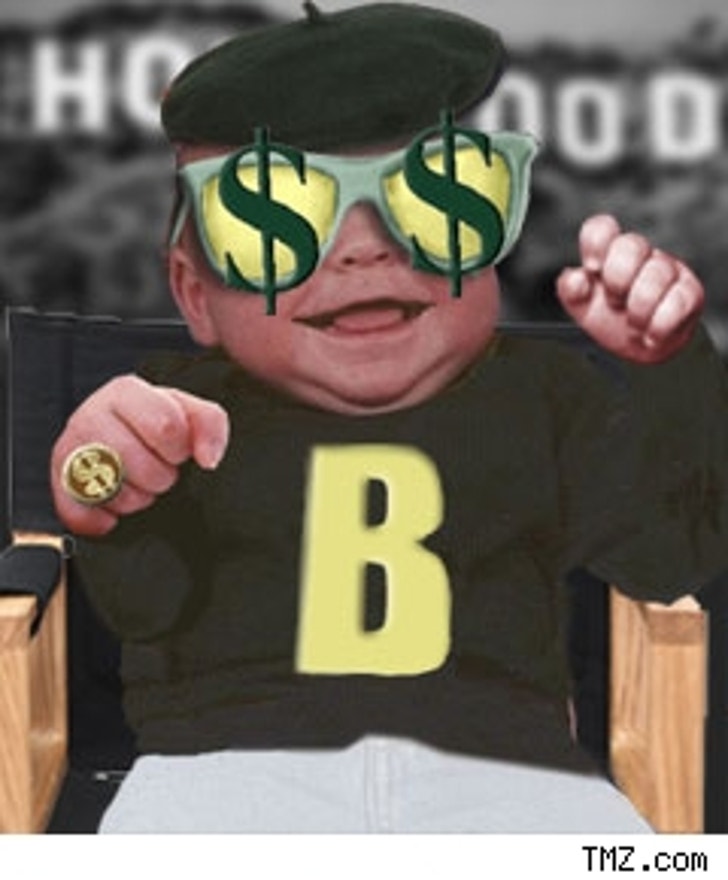 When A-List stars have A-list babies, paparazzi and tabloids are willing to do whatever it takes to get the pics, even if it means spending millions of dollars. When Brad Pitt and Angelina Jolie welcomed baby Shiloh into the world, the first pics were bought by People magazine for reportedly $4.1 million. Baby Suri Cruise's pics are estimated to go for a similar price ... if she really exists.

But what about B-List babies? What price range do they fall into? According to one of TMZ's sources, "Not that much." We're talking less than $5000!!

Translation -- If Sharon Stone had decided to hawk the images of her recently adopted child, she might have been able to put a down payment on a Toyota Yaris. Jennie Garth's babies' pics are estimated to go for $3 thousand, "if even that".

Our sources also explained the huge difference between A-list stars and A-list superstars. For example, Sarah Jessica Parker and Matthew Broderick cashed in somewhere between $80 and $100 thousand for shots of their newborn in 2002, while photos of Heidi Klum and Seal's future bundle of joy are expected to top out at $60 grand.

So how much would a B-list TV star rake in for baby pics? "Nothing! Not a penny, even if they're exclusives. Regardless of size or publication." Not that any of these stars are rummaging for change in between the sofa cushions, but it definitely pays a lot more to breed with an A-lister.