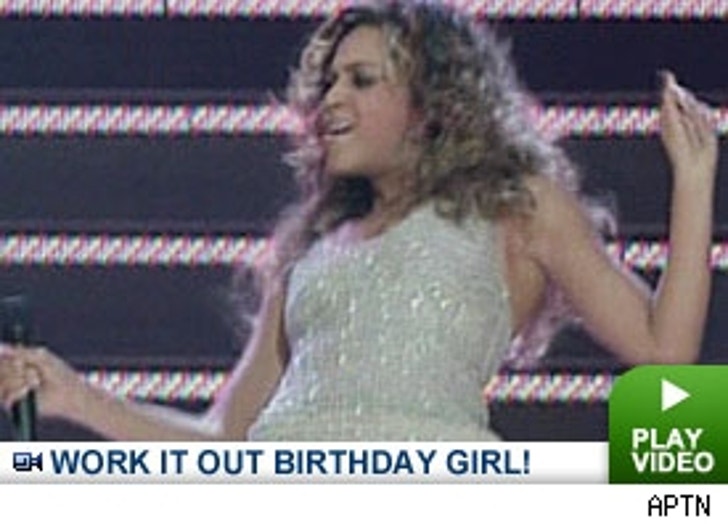 Beyoncé Knowles celebrated her 25th birthday by jetting to Japan and promoting her new CD. On the eve of her album's release, Knowles wowed the 10,000+ crowd by performing six songs at a Tokyo concert.

The pop diva got a little surprise herself when she was presented with a giant birthday cake while the Japanese audience sang her "Happy Birthday" -- in English.

Knowles told a group of journalists earlier in the day, "It is very special for me, I will be 25 and that is such a significant year in a woman's life and this album, I think, is the best music I have made, so it is a great birthday present for myself."